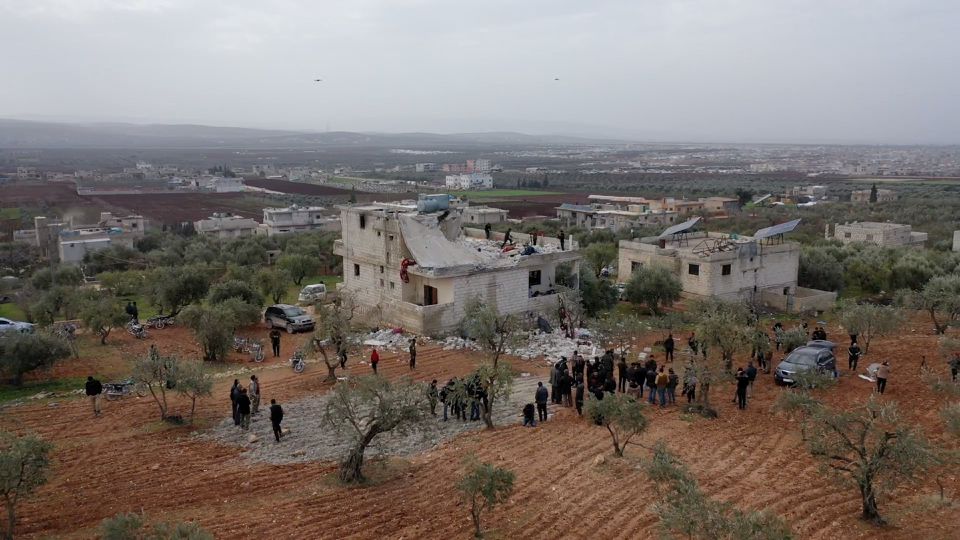 AMMAN/WASHINGTON, Feb 3 (Reuters) – The leader of Islamic State died when he blew himself and family members up during a U.S. military raid in Syria, President Joe Biden said on Thursday, dealing a blow to the jihadist group’s efforts to reorganize as a guerrilla force after losing large swathes of territory.

Abu Ibrahim al-Hashemi al-Quraishi, had led Islamic State since the death in 2019 of its founder Abu Bakr al-Baghdadi, who was also killed when he detonated explosives during a raid by U.S. commandos.

As U.S. forces closed in on Quraishi in northwestern Syria overnight, he triggered a blast that also killed members of his own family, including children, according to Biden and U.S. officials.

The blast was so big it hurled bodies out of the three-storey building where Quraishi was and into surrounding streets in the town of Atmeh, U.S. officials said, blaming Islamic State for all civilian casualties.

“Thanks to the bravery of our troops, this horrible terrorist leader is no more,” Biden said in remarks at the White House.

A senior White House official said the blast was believed to have killed Quraishi, his two wives and a child on the third floor, and likely a child who was on the second floor with Quraishi’s lieutenant and his wife, who were killed after firing on U.S. forces. Two additional fighters were killed after firing on U.S. helicopters, the official said.

Quraishi had been using the house and an unwitting family living on the first floor as a “protective shield,” a factor that complicated planning for the raid, the official added.

The official was unable to explain the discrepancy between those numbers and those provided by Syrian rescue workers, who said at least 13 people were killed, including four women and six children.

“It’s very clear from reviewing the operation in real time that the massive explosion on the third floor is what really caused the casualties,” the official said.

Quraishi’s death is another setback for Islamic State nearly three years after its self-declared caliphate was dismantled and its fighters defeated by U.S. and Iraqi forces.

Since then, Islamic State, also known as ISIS, has waged insurgent attacks in Iraq and Syria. The most recent was last month when its gunmen stormed a prison in northeastern Syria housing Islamic State suspects.

Quraishi, a 45-year-old Iraqi, had remained largely in the shadows since succeeding Baghdadi who led the group when it launched a lightning expansion in 2014 that shocked the world. He was injured and lost a leg in a 2015 U.S. air strike, the U.S. official said. ISIS took control of large areas of Syria and Iraq, imposing strict Islamic rule over millions and inspiring attacks in the West.

Biden and U.S. officials described Quraishi as the “driving force” behind the 2014 genocide of minority Yazidis in northern Iraq, and said he oversaw a network of Islamic State branches from Africa to Afghanistan.

“Last night’s operation took a major terrorist leader off the battlefield and has sent a strong message to terrorist around the world: We will come after you and find you,” Biden said.

U.S. officials have been in touch with all partners in the counter-ISIS coalition since the operation, and all were resolved to continue fighting ISIS and the threat the group posed to their countries, the White House official said.

The killing of Quraishi, also known as Haji Abdullah, helps restore some of the Biden administration’s foreign policy credentials after it was widely criticized for last year’s chaotic withdrawal of U.S. forces from Afghanistan.

Residents in Atmeh, near the Syrian-Turkish border, said helicopters landed and heavy gunfire and explosions were heard during the raid that began around midnight. U.S. forces used loudspeakers to warn women and children to leave the area, they said.

The Pentagon said 10 people were evacuated from the raid area, including children. General Frank McKenzie, head of U.S. Central Command, told the Washington-based Middle East Institute that all of them were “mobile and safe” and left at the scene when U.S. forces departed.

U.S. military procedures to guard against civilian casualties are under scrutiny following a high-profile mistaken drone strike in Afghanistan that the Pentagon initially hailed a success.

BODIES IN THE RUBBLE

A video taken by a resident and seen by Reuters showed the bodies of two apparently lifeless children and a man in the rubble of a building at the location.

Other footage showed rescue workers loading what appeared to be a small body wrapped in a white plastic sheet into an ambulance. Other body bags were in the back of the vehicle.

Using head torches, the workers looked for remains through chunks of concrete, children’s toys and women’s clothing in the wreckage. A kitchen was blackened and burned, windows hung from their frames and plastic utensils were half melted.

Reuters could not independently verify the images.

A Syrian man who witnessed the raid said he left his house after midnight and saw aircraft in the sky.

“Ten minutes later we heard screams. ‘Surrender, the house is surrounded,'” he said. “There was shelling from airplanes and machine guns.”

Another witness said he saw several bodies at the scene. “There was blood everywhere,” he told Reuters. He said one U.S. helicopter appeared to suffer a mechanical failure and was blown up by the U.S. forces.

Local leaders, security officials and residents in northern Iraq say Islamic State has been re-emerging as a deadly threat, aided by a lack of central control in many areas.

“Quraishi’s killing is a huge deal and a huge blow to ISIS because ISIS never heard from this new leader,” Syria analyst Hassan Hassan said. “ISIS will continue to be weak and under pressure as long as the Americans are on the ground in Iraq and Syria.”

Quraishi was hiding out in a region of Syria that is home to several militant groups including an al Qaeda-affiliated faction whose leaders include foreign fighters.

U.S. forces have for years used drones to target jihadists in the area, but Thursday’s operation appeared to be the largest by U.S. forces in the northwest since the raid that killed al-Baghdadi, said Charles Lister, senior fellow with the Washington-based Middle East Institute.

Beyond Quraishi, who was once held in U.S. custody, little is known of the group’s top levels – partly because it now operates in a secretive structure of autonomous local cells, rather than the centralised administration of the ‘caliphate’.

The U.S.-led coalition fighting Islamic State said in mid-2019, after the group’s battlefield defeat, that it retained 14,000 to 18,000 members, including 3,000 foreigners, though precise numbers are as elusive as the group itself.

Analysts say many local fighters may have slipped back into normal life, ready to re-emerge when the opportunity emerges. 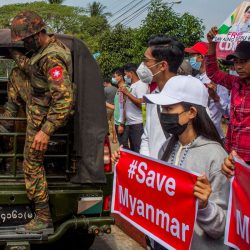 Myanmar - Military and Diplomacy expected to intensify in 2022 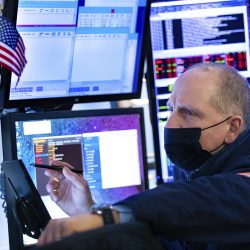 A plunge in Facebook's parent company weighs on tech stocks