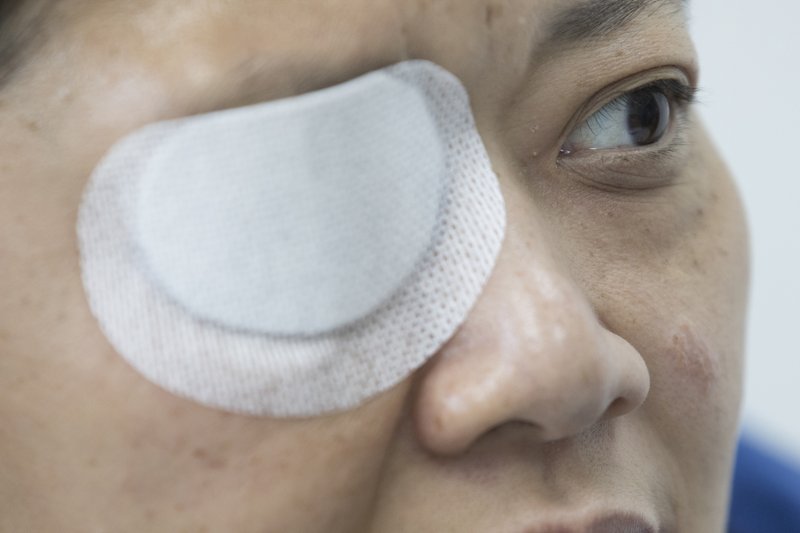 In this Wednesday, Dec. 4, 2019, photo, Veby Mega Indah, an injured Indonesian video journalist, speaks during an interview with The Associated Press in the Wan Chai area of Hong Kong. More than two months after being blinded in one eye by what she believes was a projectile fired by riot police, Indah is still seeking answers. On Sept. 29, 2019, Indah was among a group of reporters covering one of the hundreds of clashes between armed police and anti-government protesters that have broken out almost daily over the past six months. (AP Photo/Vincent Thian)

HONG KONG (AP) — More than two months after being blinded in one eye by what she believes was a projectile fired by riot police, Indonesian video journalist Veby Mega Indah is still seeking answers.

On Sept. 29, Indah was among a group of reporters covering one of the hundreds of clashes between armed police and anti-government protesters that have broken out almost daily over the past six months.

“I am doing live-streaming that time. At one point, there are some protesters who showed up … the police are aiming at them shooting. I heard somebody, a fellow journalist behind me, yelling, ‘Don’t shoot! Don’t shoot! We all journalists,’” Indah said.

“A second later, I heard the bang and I saw some smoke from the stairs, then the projectile is coming into my right eye,” she said.

Her case illustrates the risks media workers have been exposed to while covering the increasingly violent protests. An unknown number have been subjected to tear gas, pepper spray, projectiles thrown by both sides and general mockery and verbal abuse.

Indah, 39, works full-time for Suara Hong Kong News, an Indonesian media outlet that serves the thousands of Indonesians working in Hong Kong, as well as their friends and families back home and around the world.

She said she intends to keep working in Hong Kong, her home since 2012.

“I still want to be a journalist, I still want to continue my job. I still don’t know how far I can do it. It’s a question that keeps me up night,” she said.

While she waits, Indah, a member of Indonesia’s Christian minority, relies in part from assistance from her church.

According to Associated Press reporters on the scene when Indah was injured, police were retreating from a pedestrian bridge in the Wan Chai district. Journalists, including Indah, were standing away from the protesters in bright yellow vests to identify themselves, as well as helmets with stickers and press cards on lanyards around their necks.

Police say that they took action in response to protesters throwing objects from the bridge.

Indah has a lawyer who is pursuing her case against the Hong Kong police, but so far without result. She has filed a complaint and asked for the name of the officer who fired what was believed to have been a type of rubber bullet called a baton round, something that could allow her to sue him individually.

“And so far I don’t see any proper investigation done although I already filed a complaint,” she said.

“Justice is so important in my case because this case is not only about me, it’s also bringing justice for all the injured people in Hong Kong,” she said.

The office responsible for handling complaints against police has been talking to her lawyer, but that “involves a lot of legal procedures,” Kong said.

“And in distributing different information, we all have to consider all the legal grounds whether to give or refuse to give the information,” he said.

Police use of force against protesters, the media and members of the public has been one of the main drivers keeping the protest movement alive. Critics say the once widely respected force has employed increasingly brutal tactics with virtual impunity and have demanded an independent commission to investigate the allegations.

Local legislator Claudia Mo brought up Indah’s case Wednesday in a question to Hong Kong’s Secretary for Security John Lee, who switched the focus to police self-protection and rare cases of protesters impersonating journalists to facilitate their activities.

“Persons at the scene (including media practitioners) should pay attention to and follow the instructions given by police officers and maintain appropriate distance,” Lee said in his written reply.

“This will prevent obstruction of police enforcement operations, as well as avoid personal injury,” he said. 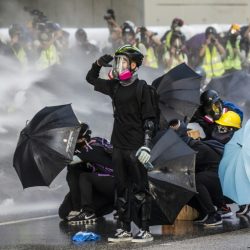 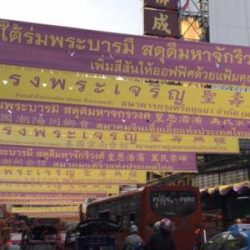 King and Queen to tour Bangkok’s Chinatown this evening