Indonesia has summoned India’s envoy in Jakarta over “derogatory” remarks made about the Prophet Mohammed by two officials of the South Asian country’s ruling party, the foreign ministry said Tuesday.

The move by the most populous Muslim-majority country came after anger spread across the Arab and Muslim world, with various Middle Eastern nations summoning New Delhi’s envoy and a Kuwaiti supermarket removing Indian products.

Remarks by a spokeswoman for Indian Prime Minister Narendra Modi’s Bharatiya Janata Party (BJP), who has since been suspended, sparked the furore.

Another official, the party’s media chief for Delhi, posted a tweet last week about the Prophet that was later deleted.

Indonesian foreign ministry spokesperson Teuku Faizasyah confirmed to AFP that India’s ambassador in Jakarta Manoj Kumar Bharti was summoned on Monday for a meeting in which the government lodged a complaint about the anti-Muslim rhetoric.

In a statement posted on Twitter Monday, the ministry said Indonesia “strongly condemns unacceptable derogatory remarks” made by “two Indian politicians” against the Prophet Mohammed.

The tweet did not mention the officials by name but was an apparent reference to BJP spokeswoman Nupur Sharma and its Delhi media chief Naveen Jindal, who was expelled from the party according to Indian media reports.

Modi’s party, which has frequently been accused of acting against the country’s Muslim minority, on Sunday suspended Sharma for expressing “views contrary to the party’s position” and said it “respects all religions”.

Sharma said on Twitter that her comments had been in response to “insults” made against the Hindu god Shiva.

But the comments, which stoked protests among Muslims in India, sparked another backlash from Indonesia’s Muslim community.

He said the remarks also contradicted the United Nations resolution to combat Islamophobia, which was adopted in March.

The row follows anger across the Muslim world in 2020 after French President Emmanuel Macron defended the right of a satirical magazine to publish caricatures of the Prophet Mohammed.

French teacher Samuel Paty was beheaded in October 2020 by a Chechen refugee after showing the cartoons to his class in a lesson on free speech. Images of the Prophet are strictly forbidden in Islam. 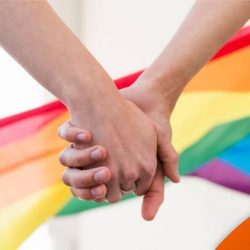