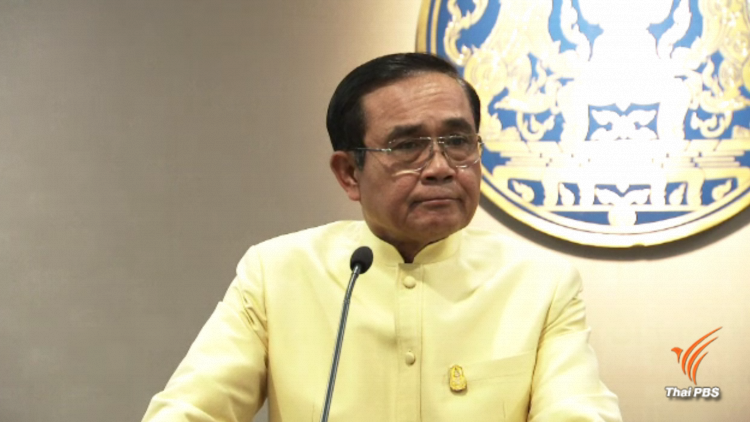 Chuan Leekpai, President of Thailand’s National Assembly and House Speaker, is expected to submit the opposition parties’ petition to the Constitutional Court today (Monday), to seek a ruling on Prime Minister Prayut Chan-o-cha’s 8-year term in the office, claimed by the Opposition and some academics to come to an end on August 24th this year.

In the petition, the Constitutional Court is also asked to order the prime minister to cease his work and duties as prime minister.

Meanwhile, Jatuporn Prompan, leader of the United Front for Democracy against Dictatorship (UDD), aka the “red-shirt” movement, said that his group and others have cancelled their planned rally today, but vow to return to the Lan Khon Mueang (town square) in front of Bangkok’s old City Hall tomorrow to demand the prime minister’s resignation.

He warned that the protesters will take to the streets if the crowd spills out of the town square.

The Nang Loeng police station yesterday prohibited parking of any vehicle on all roads surrounding Government House, including Phitsanulok, Rama V and Ratchadamnoen Nok, from 7am until 8pm until Wednesday or until the protests are over.

Prime Minister Prayut Chan-o-cha began his first term on August 24th, 2014, following a coup in May of the same year, led by him, to topple the then caretaker government of Prime Minister Yingluck Shinawatra. He was nominated by the ruling Palang Pracharath party as its prime ministerial candidate and selected for his second term by a joint session of parliament, including the junta-appointed Senate, following the March 2019 general election.

CCSA to decide next month whether to lift emergency decree

Ranger killed and another injured in insurgent attack in Narathiwat province