The House of Representatives has passed the third reading of the 3.2 trillion baht budget bill for the 2020 fiscal year with 257 votes for, 1 against and 3 abstentions.

The six opposition parties, led by the Pheu Thai party, boycotted the meeting, although they had confirmed their attendance to enable the meeting to proceed.

Pheu Thai MP Chirayu Huangsap said that opposition parties would stay away in order to allow government MPs to consider the bill as they wish.

There was no debate on the bill, as agreed between coalition parties to speed up its passing, which is already almost five months behind schedule.

Voting hit a snag, however, after 30 sections of the bill had sailed through, when Mr. Veerakorn Khamprakob, the Government’s deputy chief whip, asked House Speaker Chuan Leekpai for a fresh vote.

Veerakorn said that 253 MPs were inside the chamber when only 245 votes were cast in favour of Section 6 of the bill, indicating a possible discrepancy. The Speaker, however, insisted that the voting was correct.

The chief whip then pointed out that a mistake in the voting could lead to another filing with the Constitutional Court, so he proposed a partial revote, which was supported by most MPs from the Palang Pracharat and Bhumjaithai parties.

The budget will now go to the Senate, which is expected to rubber stamp it without debate. 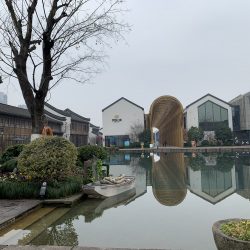 China and its hi-tech showcases 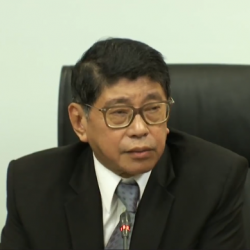