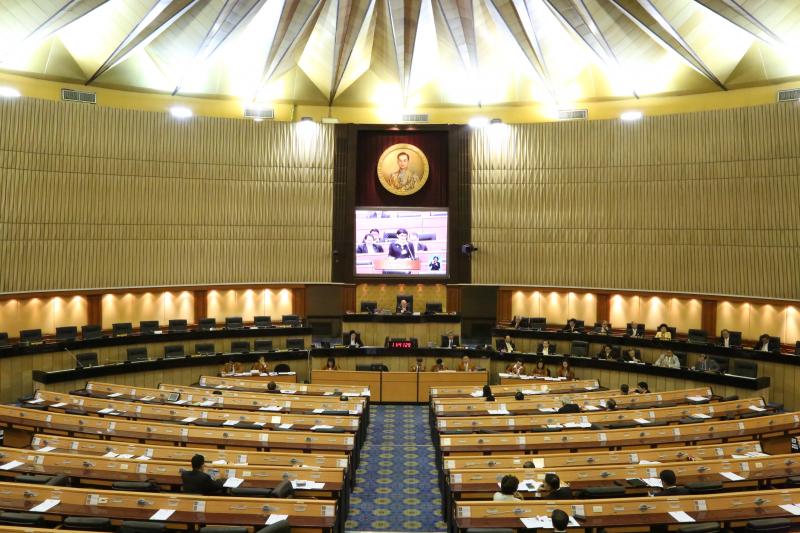 Chief of Thailand’s Parliamentary Committee on Corruption Prevention and Suppression, Pol Gen Sereepisuth Temeeyaves, received a complaint on Thursday seeking an investigation of members of the Senate and their appointment of family members as assistants.

Submitted by Thai Sang Thai Party’s communications director, Treerat Sirichantaropas, the complaint sought a ruling on whether the practice was against the Senate ethics code or the Constitution.

The complaint follows controversy surrounding the appointment of House members’ assistants, a number of whom were found to be relatives of the members. It raises a question of whether this was nepotism at the expense of the taxpayer.

Senators who are related to their assistants will be summoned to explain, said the house’s anti-corruption chief. He added that this practice might need to be reviewed, or at least the number of assistants should be cut, in order to ensure the taxpayers’ money is used efficiently.

Though the complaint was only against members of the Senate, Sereepisuth said his committee will investigate members of both the upper and lower houses.

The committee chief noted that he personally does not think the practice was unconstitutional.

It was rather a matter of appropriateness, he said. If, however, the appointment was found to be illegitimate or unethical, Seripisut said legal action will be taken against the members.

Some might not have appointed their assistants for their merit, but merely to exploit the position to their own financial gain, Seripisut observed, stressing that that would be a waste of taxpayer money.

The former national police chief also pointed out how some relatives of Prime Minister Prayut Chan-o-cha were also appointed as senators, by the junta led by Gen Prayut. These senators also voted for him in office.

The matter was previously raised by the Thai Sang Thai party earlier this month, to which Senate President Pornpetch Wichitcholchai said the practice is neither illegal nor unethical, and that it is understandable for some members of Parliament to hire their family members due to the trust they have in them.