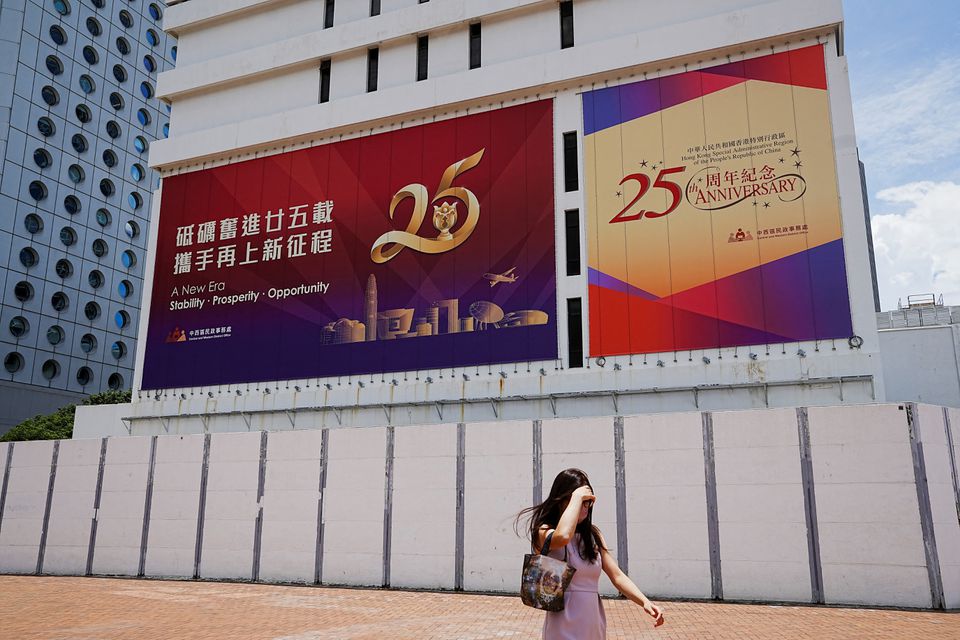 A woman walks past a banner marking the 25th anniversary of Hong Kong’s handover to China from Britain, in Hong Kong, China June 29, 2022. REUTERS/Lam Yik

Government leaders have been forced into a closed-loop system, parts of the city shut down, and multiple journalists barred from Friday events that will showcase the Communist Party’s control over the city after a political crackdown that dismantled a democracy movement and crushed dissent.

Details around the trip, Xi’s first outside mainland China since the Covid-19 pandemic began, have been kept under wraps, but he is expected to make appearances in Hong Kong on Thursday and Friday.

However, the Chinese leader will likely spend the night in neighbouring Shenzhen on the mainland, according to local media.

Those coming into Xi’s orbit during the trip, including the highest-ranking government officials, have been made to limit their social contacts, take daily PCR tests and check into a quarantine hotel in the days leading up to the visit.

“To play safe, if we are going to meet the paramount leader and other leaders in close quarters, I think it is worthwhile to go into the closed-loop arrangements,” veteran pro-Beijing politician Regina Ip said.

Authorities have moved to eliminate any potential source of embarrassment during Xi’s time in the city, with national security police making at least nine arrests over the past week.

The League of Social Democrats, one of Hong Kong’s few remaining opposition groups, said it will not demonstrate on July 1 after national security officers spoke with volunteers associated with the group.

And Hong Kong’s top polling group announced that it would delay publishing the results of a survey that gauged government popularity “in response to suggestions from relevant government departments after their risk assessment”.

The July 1 handover anniversary in Hong Kong has traditionally been marked by tens of thousands taking to the streets in peaceful rallies every year.

But mass gatherings have essentially disappeared in Hong Kong over the past few years under a mixture of coronavirus restrictions and a security crackdown aimed at eliminating any public opposition to China’s uncompromising rule over the city.

Authorities have tightly restricted media coverage of Xi’s visit, with the government barring multiple journalists from covering events around it.

As of Wednesday, AFP has confirmed that 13 local and international journalists were denied accreditation to cover the handover celebrations.

Two AFP reporters were among those rejected, with a government official citing unspecified “security reasons”.

The Hong Kong Journalists Association expressed “deep regret” at the rejections and said the quarantine and testing requirements reporters were made to undergo made staff substitutions difficult.

The government told media the decision was “a balance as far as possible between the needs of media work and security requirements”.

Select sites across the financial hub have also been closed off, including the high-speed rail terminus, a performance venue for Chinese opera and Hong Kong’s Science Park.

A number of Science Park workers told AFP they had not received any notification about a visit by Xi but said they were told to work from home on Thursday.

Authorities have also sought to portray an image of public support for the celebrations, including with mass displays of Hong Kong and China flags draped across dozens of public housing estates.

At one estate, a 26-year-old resident surnamed Chan complained at small flags that had been placed outside every floor at a stairwell. “It is unnecessary and too much,” he said.

Tony, a worker at the estate, said the display would be better if it was done by residents voluntarily.

“Are we really embracing this ideology so much?” he said.

“People may be repelled… if it is overdone.” 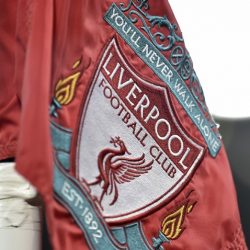