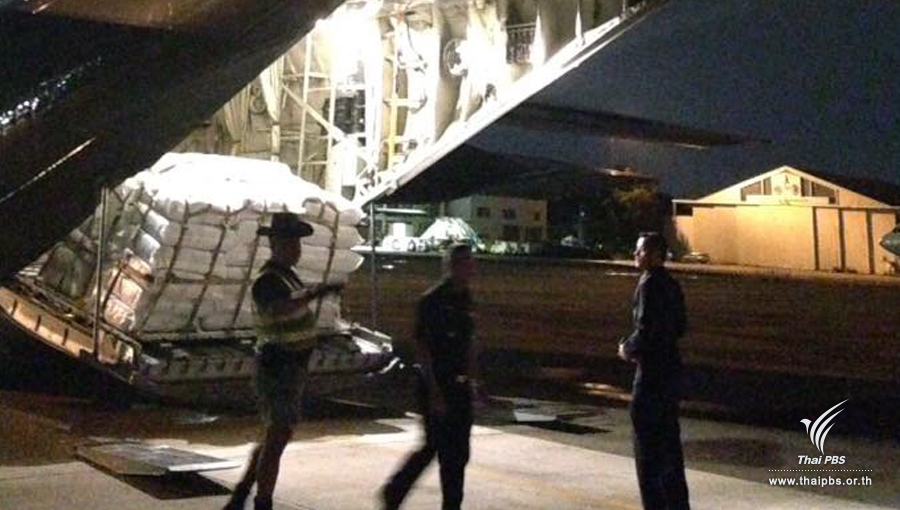 The Royal Thai Air Force yesterday flew relief supplies donated by His Majesty the King and the Thai government to Laos to help victims of floods resulting from the dam collapse in Attapeu province. 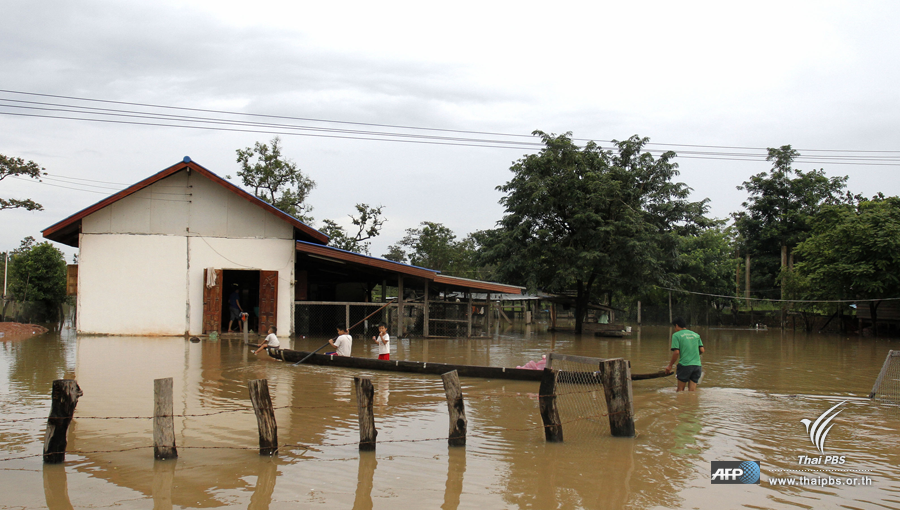 HM the King donated 10,000 bottles of drinking water, 2,000 towels, 49 water filters, medicines and other necessities whereas the government donated 5,000 sets of survival materials.

RTF spokesman Air Vice Marshal Pongsak Semachai said that all the relief supplies would be flown by C130 transport plane in four flights from Don Meuang to Pakse airport which would take one hour and 20 minutes for each flight. 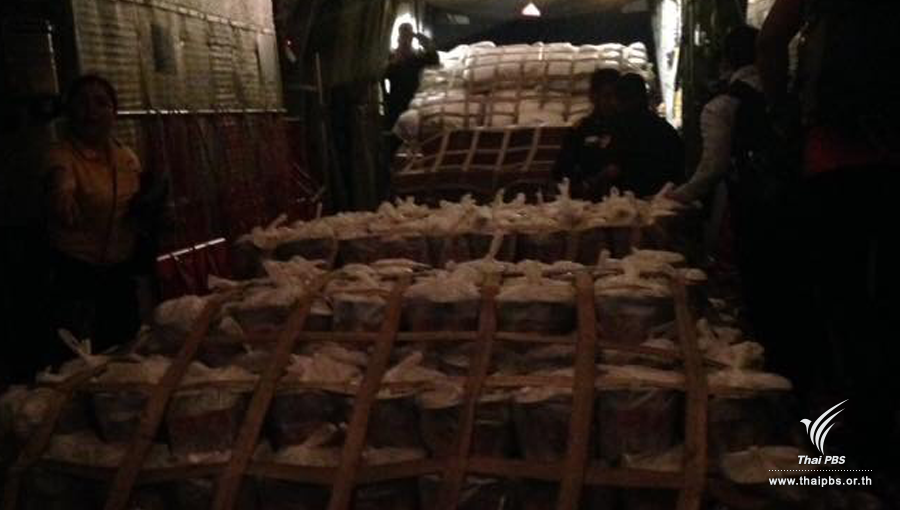 Officials of the Thai Embassy in Vientiane will take delivery of the supplies to be sent to the flood victims in affected areas.

Meanwhile, the government has opened a bank account at state-run Krung Thai Bank to receive public donations for the Lao victims.  The bank account is 067-0-12886-4. 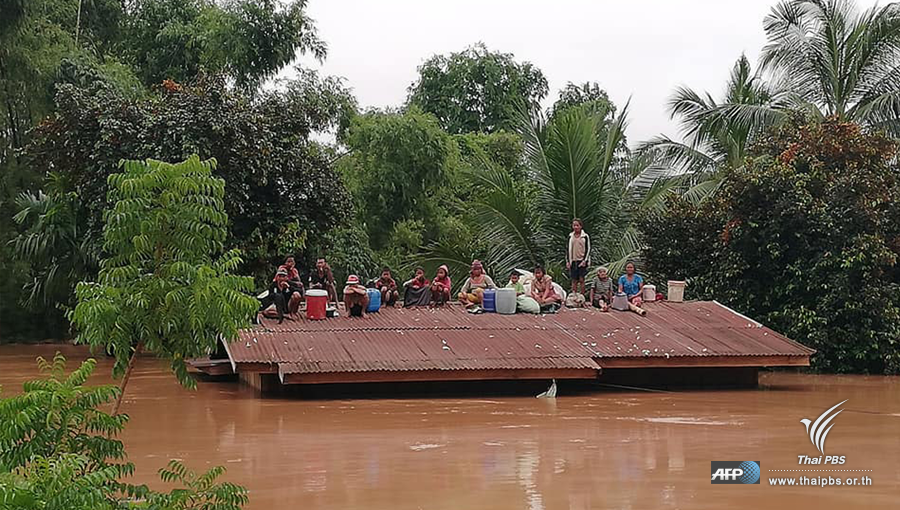 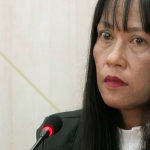 Help underway for a teacher who guaranteed loans for 60 students 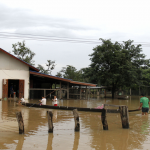