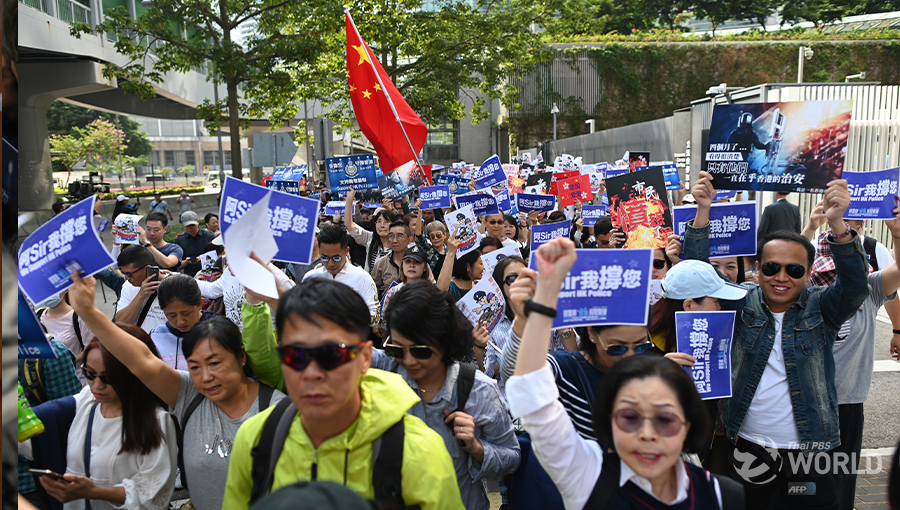 Government supporters took to the streets of downtown Hong Kong on Saturday after a chaotic working week saw hardcore pro-democracy activists cause widespread disruption in the city and stretch police resources.

A “Blossom Everywhere” campaign of roadblocks and vandalism across the semi-autonomous financial hub shut down large chunks of the train network and forced schools and shopping malls to close.

Students and protesters occupied several major universities around the city — the first time a movement characterised by its fluidity and unpredictability has coagulated in fixed locations — although as dusk fell on Friday, numbers had thinned out.

On Saturday morning, a group of around 500 people, mostly middle-aged and senior citizens, rallied outside the Hong Kong government’s headquarters to show support for the police, who have been heavily criticised over their handling of the crisis.

Waving Chinese national flags and posters, they chanted slogans including “support police to enforce law solemnly” and “Hong Kong cockroaches, trash of our times” — mocking one of the democracy movement’s major slogans, “reclaim Hong Kong, revolution of our times”.

The demonstrators took photos with the stationed riot police and gave them thumbs-up signs.

Later in the afternoon, a gay pride rally was planned near the harbourfront in the Central district.

Thousands of office workers took to the streets this week in Central, Hong Kong’s financial heart, showing their support of the pro-democracy movement by raising an open hand with five fingers splayed — a reference to the five protester demands.

The Hong Kong government, however, warned its employees they will be suspended if they are caught taking part in protests.

“I must emphasise that the government has zero tolerance for civil servants violating the law,” Joshua Law, Secretary for the Civil Service, said in a press conference on Friday.

“Civil servants must not participate in any illegal activities, including illegal protest gatherings.”

According to the Hong Kong government, the civil service employs around 175,000 people, which is about 4.4 percent of the city’s workforce.

After five days of the “Blossom Everywhere” tactics — which prompted police to warn the city is on the verge of “total collapse” — roads which had been blocked were slowly starting to open to traffic. However, some roads and a key tunnel remained closed.

By Saturday morning, the Chinese University of Hong Kong — the scene of some of the most fierce clashes — was vacated by protesters.

At other campuses, clear-up operations got under way to remove the barricades.

Protests have swept Hong Kong since June as many in the city of 7.5 million people have vented fury at eroding freedoms under Chinese rule.

Violence has escalated, and tensions have spread overseas, sparking friction between China and Britain, which governed Hong Kong until 1997.

Cheng walked away without signs of injury, but Beijing slammed the incident as an “appalling attack” and accused Britain of fuelling the protest movement.

Two German students, aged 22 and 23, were swept up in the protests and arrested on Thursday for “unlawful assembly”, and major universities in the Netherlands are advising the nearly 300 Dutch students in Hong Kong to quickly return home for security reasons. 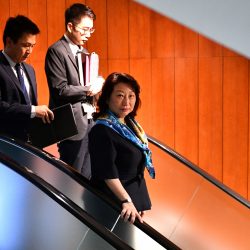 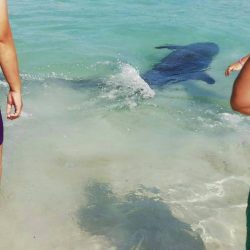