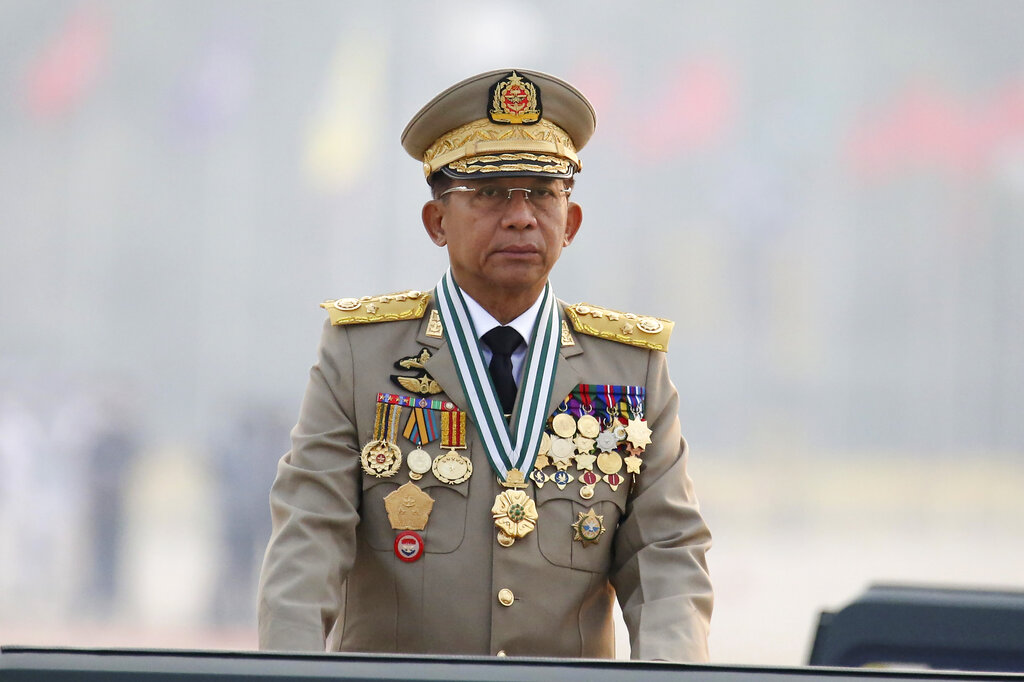 Defence chiefs from a dozen countries on Sunday jointly condemned the bloodbath in Myanmar a day earlier, when at least 107 people — including seven children — were killed as security forces opened fire on anti-coup protesters.

Myanmar has been in turmoil since the military ousted and detained civilian leader Aung San Suu Kyi on February 1, triggering mass protests demanding a return to democracy.

The junta on Saturday staged a major show of might for its annual Armed Forces Day as the death toll from crackdowns since the coup climbed to at least 423, according to a local monitoring group.

The defence chiefs of 12 countries including the United States, Britain, Japan and Australia condemned the Myanmar military’s use of lethal force against civilians.

“A professional military follows international standards for conduct and is responsible for protecting -– not harming -– the people it serves,” the rare joint statement said.

“We urge the Myanmar Armed Forces to cease violence and work to restore respect and credibility with the people of Myanmar that it has lost through its actions.”

Funerals were held Sunday for some of the victims, after the bloodiest day since the putsch.

In Mandalay, the family of Aye Ko, a father-of-four, commemorated his life at a service after he was killed overnight.

“I am very saddened to lose my husband — together with my children I’m heartbroken,” his wife Ma Khaing told AFP.

Relatives of 13-year-old boy Sai Waiyan, who was shot Saturday playing outside his house in Yangon, cried over his casket on Sunday afternoon, local media reported.

Despite the dangers, protesters hit the streets again Sunday in parts of Yangon including Hlaing, and in the cities of Dawei, Bago, Myingyan and Monywa.

There was also a death in Myingyan — one woman was killed and two others injured, a medic said.

At Hlaing, a 16-year-old boy lost a hand in a blast, trying to throw back a grenade that security forces had lobbed at protesters, a rescue worker said.

A day earlier there were brutal military crackdowns at more than 40 locations across the country. The Mandalay and Yangon regions saw the majority of deaths, according to the Assistance Association for Political Prisoners (AAPP).

The United Nations put Saturday’s death toll at 107 people –- including seven children –- but expects it to rise further.

“The shameful, cowardly, brutal actions of the military and police –- who have been filmed shooting at protesters as they flee, and who have not even spared young children –- must be halted immediately,” United Nations envoys Alice Wairimu Nderitu and Michelle Bachelet said in a joint statement.

Military-run broadcaster Myawaddy TV reported Saturday’s death toll was 45, noting 552 people had been arrested and claimed it was an unavoidable crackdown because protesters used real guns and bombs against security forces.

Rebels in eastern Myanmar’s Karen state said they had been targeted in air strikes late Saturday, hours after the ethnic armed group seized a military base.

It was the first air assault in 20 years in the state, and targeted the Fifth Brigade of the Karen National Union (KNU) — one of the country’s largest armed groups — which says it represents the ethnic Karen people.

There was a grand parade of troops and military vehicles in the capital Naypyidaw on Saturday where junta leader General Min Aung Hlaing defended the coup and pledged to yield power after new elections.

But he also issued a threat to the anti-coup movement, warning that acts of “terrorism which can be harmful to state tranquillity and security” were unacceptable.

State-run newspaper the Mirror reported there were musical performances and a drone display featuring a representation of Min Aung Hlaing saluting.

Armed Forces Day commemorates the start of local resistance to the Japanese occupation during World War II, and usually features a parade attended by foreign military officers and diplomats. 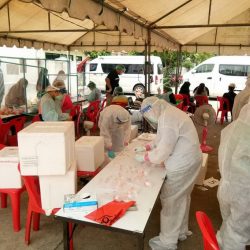 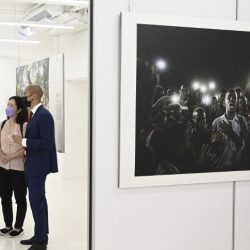