Future Forward Party’s acting leader Thanathorn Jungroongreangkit and two other  party executives have been summoned to report to the Technology Crime Suppression Division (TCSD) to be charged with violating the Computer Act on Aug 24 for their comments alleging the military junta’s role in poaching of former MPs.

The summonses were issues after Col Burin Thongprapai, a legal affairs officer of the National Council for Peace and Order (NCPO), filed a complaint with the TCSD accusing the three of violating Section 14 (2) of the Computer Act.

The NCPO action came after the three broadcast live on Facebook on the night of June 29 their comments about the alleged poaching of former MPs, making references to the NCPO and attacking the justice process.

In responding to the NCPO’s complaint, the three reported to the TCSC investigators on July 31.

The TCSD investigators found that there are grounds to take legal action against Mr Thanathorn, Mr Jaruwan and Mr Klaikong for violating the Computer Act and summoned them to report to the TCSD to hear the charge on Aug 24 at 11am. 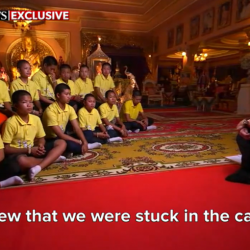 Wild Boars boys thank the world for teaching them 'love' 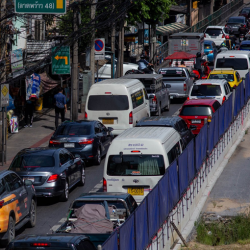