Thailand’s former Prime Minister Anand Panyarachun said that it is about time for the older generation of Thais to step aside and allow the new generation to take the helm of the country.

He also said that, although he has no problem with the lèse majesté law per se, it should be amended.

In his interview with a YouTube channel, Anand said that an old man like him is fully aware that his time is over and that he should now sit on the side lines, occasionally commenting when it is justified.

The new generation of Thais, whatever their age, should take the helm of the country with new ideas, as the old ideas have no place under the present circumstances.

Asked about some of the older generation, who view calls by young Thais for reform of the monarchy as too radical, the ex-prime minister said that the reformists may have over-fantasised and indulged in rhetoric “which is nothing unusual, but it needs to be understandable.”

He suggested talks be held to reach a compromise between the opposing camps on the monarchy issue. He said that, if both sides do not talk and continue to blame each other, there is no way that the issue can be settled peacefully, adding that, the older generation and those in power must, occasionally, give a bit, 60:40 not 50:50.

He said that the law must specify clearly who or which entity has the right or authority to file lèse majesté complaints, not just anyone, as has been the practice in Thailand, where anyone has the right to file a complaint with the police, who are legally obliged to forward the case to the prosecutors.

He also said that the law should specify the person or people responsible for filing a lèse majesté charge, which may be the prime minister, the interior minister or the justice minister, but the legal proceedings must not involve the monarchy.

Asked about Prime Minister Prayut Chan-o-cha’s almost eight years in the office, he declined to comment directly, but pointed out that, in some countries, their prime ministers or ministers readily resign if they come under heavy public criticism or are the subject of a serious allegation. 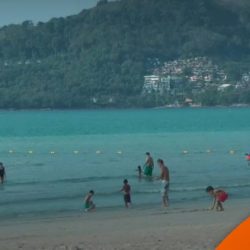 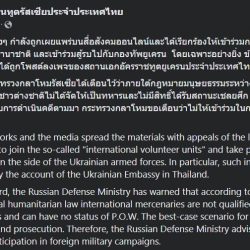 Russian embassy warns outsiders not to volunteer to fight in Ukraine