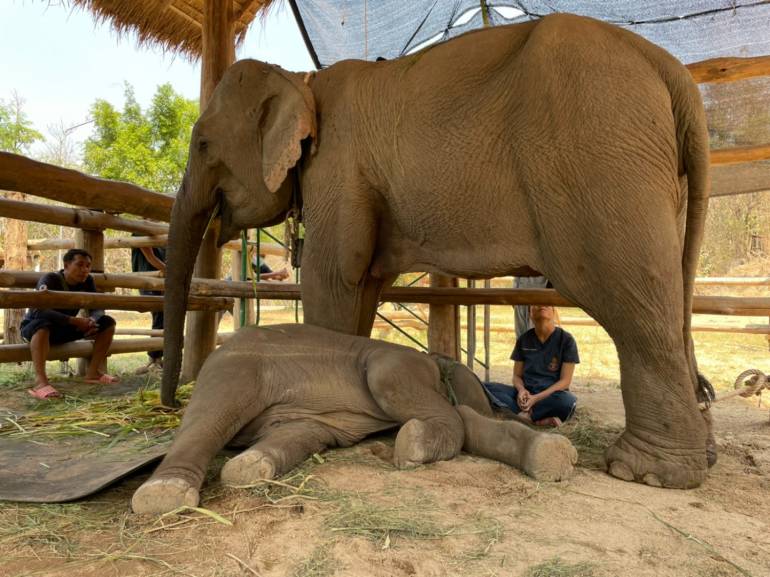 Three elephants, which have fallen sick after eating grass laced with Paraquat, in Om-goi district of Thailand’s northern province of Chiang Mai, have arrived at the elephant hospital in Lampang province for treatment.

The three pachyderms, one of which is very unwell with burns to its mouth and tongue, were trucked from the forest, straddling Om-goi district of Chiang Mai and Tha Song Yang district of Tak, to the hospital on Thursday night.

The other two sick elephants are expected to arrive at the hospital tonight.

Thaweechoke Angkhanavanich, a veterinarian at the National Elephants Institute, which is under Royal patronage, said that the elephants will endure more suffering if the poisonous substance has reached their stomachs.

He said that blood samples will be taken to assess liver and kidney functions, because the toxic substance will be absorbed into the blood stream, metabolized in the liver and discharged via the kidneys and this will affect other organs.

To restore the function of the kidneys and liver, and to reduce the effects of the toxic substance, Thaweechoke said anti-oxidants will be administered, to reduce the stress on the immune system, as well as anti-biotics and fluids. 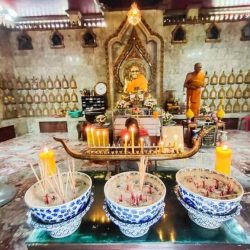