First polls close as voters decide control of US Congress 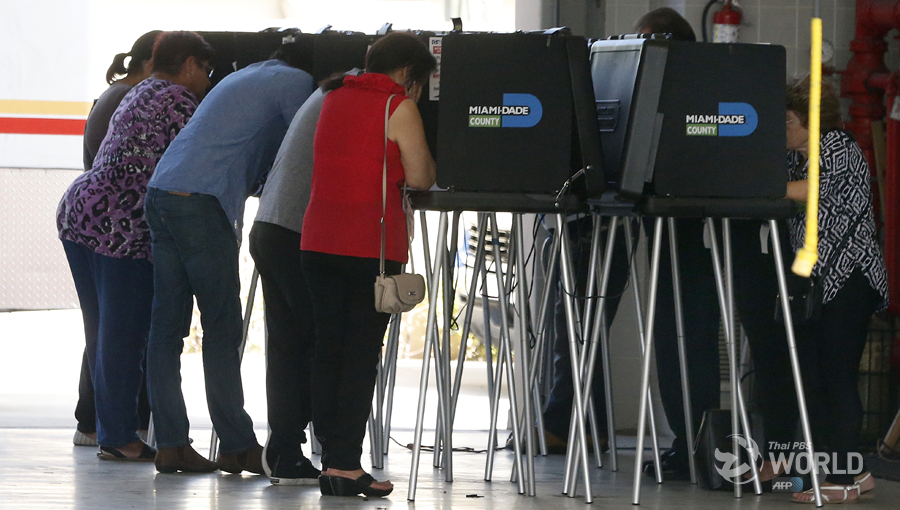 South Florida voters cast their ballots at a polling center in Miami, Florida on November 6.

WASHINGTON (Reuters) – The first polls began to close in parts of Indiana and Kentucky on Tuesday as Americans cast votes at the end of a divisive campaign to decide whether Donald Trump’s fellow Republicans maintain their grip on the US Congress.

The remainder of the polling locations in Indiana and Kentucky, and in half a dozen other states, will close in another hour. But it could be hours before the winners are determined in dozens of tight races that will decide control of the House of Representatives and Senate.

The first national elections since Trump captured the White House in a 2016 upset became a referendum on the polarizing president, and a test of whether Democrats can turn the energy of the liberal anti-Trump resistance into victories at the ballot box.

The Democrats are favored by election forecasters to pick up the 23 seats they need to gain a majority in the House, but have slimmer hopes of gaining control of the Senate, opinion polls show. All 435 seats in the House, 35 seats in the 100-member Senate and 36 of the 50 state governorships are up for grabs on Tuesday.

The volatile campaign was marked by clashes over race, immigration and trade. In the final stretch, Trump focused his rhetoric on hardline warnings about illegal immigration and liberal “mobs.”

If Democrats capture the House, they could block Trump’s agenda and launch congressional investigations into aspects of Trump’s administration, from his tax returns to possible business conflicts of interest and the nature of his 2016 campaign’s ties to Russia.

A Republican victory in both chambers of Congress would be a validation for Trump’s polarizing style, a month after he solidified a conservative majority on the Supreme Court when the Senate confirmed his nominee Brett Kavanaugh after a fight that split the nation over sexual misconduct accusations against the jurist.

Striking a dark tone at a rally in Indiana on Monday evening, Trump accused Democrats without offering any evidence of “openly encouraging millions of illegal aliens to break our laws, violate our borders and overrun our country.”

US stocks ticked higher in thin trading on Tuesday, as investors awaited the election results.

Analysts expect pressure on stocks if Democrats gain control of the House and a sharper downward reaction if they win the Senate, too. If Republicans hold their ground, stocks could gain further, with hopes of more tax cuts ahead.

SOME VOTING PROBLEMS REPORTED
The first polling stations closed at 6 pm Eastern time (2300 GMT) with early results expected shortly after. A full picture likely will not begin to emerge until late at night.

Problems with voting machines were preventing some Americans from casting ballots in a dozen states, US rights advocates said, following complaints about registration problems, faulty equipment and intimidation they have received throughout early balloting.

But a US Department of Homeland Security official said the reports of voting technology failures appeared so far to have had no significant impact in preventing people from voting.

Voter turnout in national elections, normally lower when the White House is not at stake, could be the highest for a midterm election in 50 years, experts predicted. About 40 million early votes were likely cast, said Michael McDonald, a professor at the University of Florida who tracks the figures. In the last such congressional elections in 2014, there were 27.5 million early votes.

“I have worked at this poll the last three elections and this is the biggest turnout ever,” said Bev Heidgerken, 67, a volunteer at a polling place in Davenport, Iowa. “We usually hope for 200 voters for the entire day but by 9 o’clock we already have had 69.”

At least 64 House races remain competitive, according to a Reuters analysis of the three top non-partisan forecasters, and Senate control was expected to come down to a half dozen close contests in Arizona, Nevada, Missouri, North Dakota, Indiana and Florida.

In his time in office, Trump has pushed tax cuts through Congress and overseen a period of economic and jobs growth but has failed so far to deliver on presidential campaign promises to replace the Obamacare healthcare law and build a wall on the Mexican border that he has said is needed to combat illegal immigration.

DEMOCRATIC PUSHBACK
A Democratic victory in the House would further hinder the border wall plan and complicate congressional approval of a deal to update the North American Free Trade Agreement.

Trump also could face more pushback from Democrats on trade tariffs he has introduced, particularly in farm states hard hit by retaliatory measures from China or manufacturing states hit by higher steel and aluminum prices.

Wrapping up the campaign in recent days, Trump repeatedly raised fears about immigrants, issuing harsh warnings about a caravan of Central American migrants that is moving slowly through Mexico toward the US border. 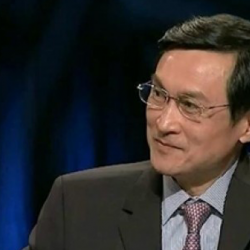