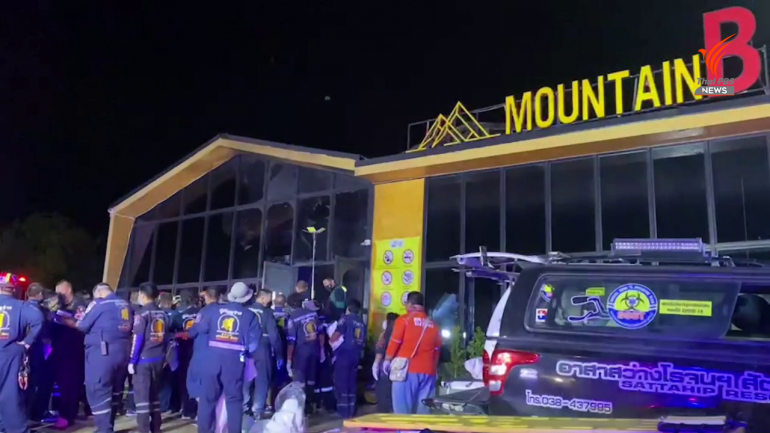 The owner of the “Mountain B” pub in Chon Buri, which caught fire on Friday night with the loss of 15 lives, has allegedly admitted to the charges filed by police and will not attempt to flee, according to his lawyer Anucha Wongsrirat on Saturday.

He also said that the owner had agreed to pay 50,000 baht in compensation to each of the families of the 15 who died and 10,000 to every person injured, adding that the injured can make contact via the pub’s website to claim the compensation.

The Pattaya court yesterday issued a warrant for his arrest, at the request of Phlu Ta Luang police, who have charged the owner with negligence causing the death of the other people and operating a pub without a licence.

Meanwhile, officials in several provinces have tightened up controls on night entertainment venues, to make sure that they meet safety standards and that patrons and guards are not carrying guns.

This follows the inferno at the Mountain B pub and the shootout in the parking lot of Big C in Ubon Ratchathani on Wednesday night between groups of rival guards from two pubs, which left three people dead and six others injured.

Venue operators are being told to install fire exit signs and fire extinguishers in their premises and to check their electrical equipment, to make sure it functions safely and properly. They were also told to warn their employees and patrons not to carry firearms onto the premises.

In Bangkok, where there was a fire at a Silom pub in June this year, Governor Chadchart Sittipunt told the media that he has ordered a check on more than 400 night spots.

He said officials found 39 of them did not fully meet safety requirements and they were ordered to make improvements. Three had their operating licences suspended, after it was discovered that they did not have fire exits, until they fix the problems. 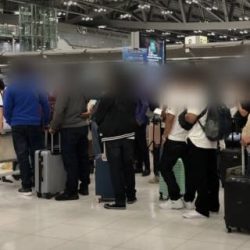 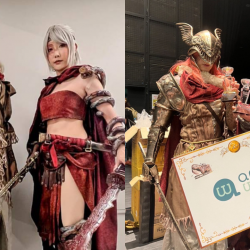