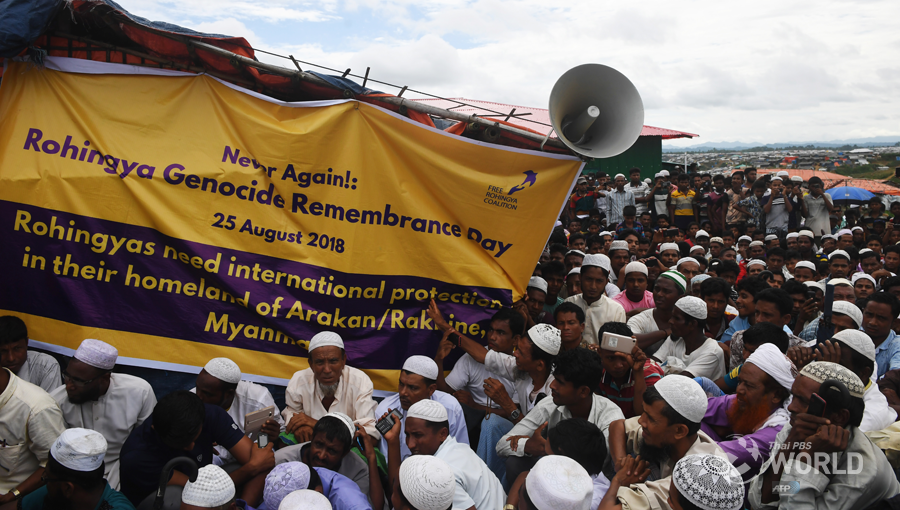 Rohingya refugees attend a ceremony organised to remember the first anniversary of a military crackdown that prompted a massive exodus of people from Myanmar to Bangladesh, at the Kutupalong refugee camp in Ukhia on August 25, 2018.

The photo appears in a section of the book covering ethnic riots in Myanmar in the 1940s. The text says the image shows Buddhists murdered by Rohingya – members of a Muslim minority the book refers to as “Bengalis” to imply they are illegal immigrants.

But a Reuters examination of the photograph shows it was actually taken during Bangladesh’s 1971 independence war, when hundreds of thousands of Bangladeshis were killed by Pakistani troops.

It is one of three images that appear in the book, published in July by the army’s department of public relations and psychological warfare, that have been misrepresented as archival pictures from the western state of Rakhine.

In fact, Reuters found that two of the photos originally were taken in Bangladesh and Tanzania. A third was falsely labeled as depicting Rohingya entering Myanmar from Bangladesh, when in reality it showed migrants leaving the country.

The 117-page “Myanmar Politics and the Tatmadaw: Part I” relates the army’s narrative of August last year, when some 700,000 Rohingya fled Rakhine to Bangladesh, according to United Nations agencies, triggering reports of mass killings, rape, and arson. Tatmadaw is the official name of Myanmar’s military.

Much of the content is sourced to the military’s “True News” information unit, which since the start of the crisis has distributed news giving the army’s perspective, mostly via Facebook. 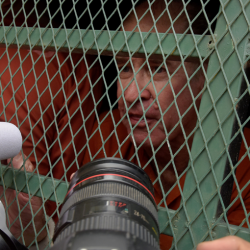 Australian filmmaker given 6 years on espionage by Cambodian court 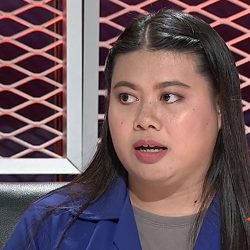