A structural engineering expert has warned of possible aftershocks in the next few days, following the 5.8 magnitude earthquake in the Lao PDR at 4.06am today (Monday), which was also felt in eight northern and north-eastern Thai provinces.

President of the Thai Structural Engineering Association Professor Dr. Amorn Pimarnmat who is also a researcher in earthquake impact reduction at the Ministry of Higher Education, Science, Research and Innovation, noted that, since this earthquake was quite significant and its epicentre was not far from Thailand, there may be more aftershocks in the next several days, weeks or months and some of the aftershocks may be of 4-5 magnitude.

He urged officials to survey archaeological sites and ancient temples quickly, to determine whether they have sustained structural damage, because all of them were built a long time ago, when steel-based structural design was not available.

Dr. Amorn reminded people living in the northern and western regions of Thailand of the presence of several active fault lines, such as Phayao, Mae Chan and Pua, which are vulnerable to quakes, citing the 6.3 magnitude quake in Mae Lao district of Chiang Rai seven years ago, which caused structural damage to several buildings and some fatalities.

Meanwhile, the Department of Mineral Resources said that the Ban Sala active fault line, in the Lao PDR, the movement of which caused today’s earthquake, had not moved for the past 50 years, adding that slight movement has been detected in the Hongsa active fault line, which may see a 6.5 magnitude quake. 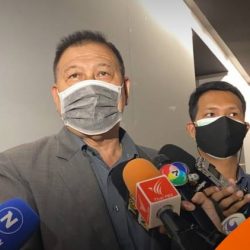 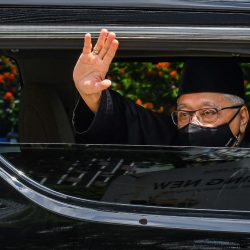