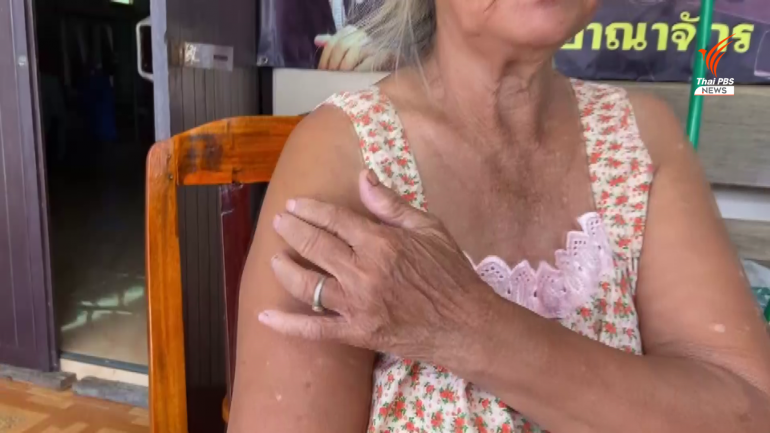 A 70-year-old woman in Thailand’s northeastern province of Buriram was mistakenly given two shots of AstraZeneca vaccine on the same day at a vaccination centre in the province. Fortunately, she has not yet developed any serious side effects.

This unprecedented incident was disclosed to the media in Buriram today (Wednesday) by the woman, Somwang Jukul, a resident of Sadao sub-district in Nang Rong district, and her son Boonsong, who is a lawyer.

Mrs. Somwang said her son took her and her husband and another relative to the vaccination centre for their second vaccine doses on August 14th, after having had their first jabs of Sinovac vaccine on July 24th.

She said that she waited alone in a queue of people waiting for vaccination, as her relative queued separately, while her son was caring for her husband in a wheelchair.

After being inoculated in the right shoulder, she was told to wait for half an hour for observation. Having completed the process, she went to get the appointment for her certificate, but she was seated, by an official, among people still waiting to be vaccinated. She was then given a second shot of AstraZeneca vaccine in her left shoulder.

Four days after the accidental double inoculation today, Mrs. Somwang said she has not experienced any serious consequences, apart from feeling a drowsy and uncomfortable, but admitted that she is worried.

Boonsong said his mother didn’t know that she should not be vaccinated twice on the same day. He added, however, that he immediately informed provincial health officials when he learned about the error, saying that he will not file a complaint as his mother has not developed any serious side effects, but that he would prefer officials to be more cautious and to not repeat the mistake.

Health officials are and will be in regular contact with the family, to follow up Mrs. Somwang’s condition. 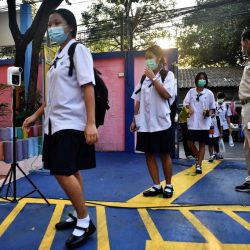 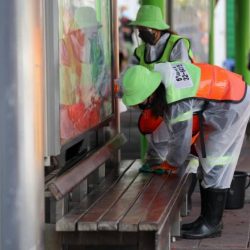