People living along the Mekong River in Thailand’s eight northern and north-eastern provinces have been advised to brace for the effects of the rising level of the river until August 8th.

The National Water Command Centre said today (Sunday) that, on July 27th and 28th, the level of the river below China’s Jinghong Hydropower Station increased by about 1.2 meters, meaning that the volume of water that passed through the station had increased by an average of 1,090m3/s.

The command centre went on to say that the level is expected to increase steadily, due to increased rainfall forecast for the lower Mekong River until August 8th.

The water levels at three main hydrological stations is as follows: 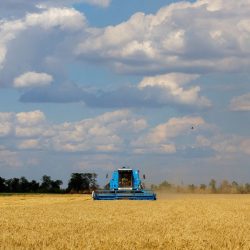 Ukraine's Zelenskiy says harvest could be halved by war