Thailand’s Election Commission has given mixed signals as to whether current Prime Minister and head of the NCPO, Prayut Chan-o-cha, can legally take part in debates with other prime ministerial candidates or even whether he can campaign for Palang Pracharat candidates.

EC chairman Itthiporn Boonprakhong said today that the EC had not yet received a letter from the pro-junta Palang Pracharat party seeking legal advice regarding General Prayut’s ability to join debates in his capacity as the party’s candidate for the next prime minister. However, he said that, as a matter of legal principle pertaining to electoral regulations, a party leader, a prime ministerial candidate or a party member can join a debate organized by the EC.

However, when asked whether it is legal for Prayut Chan-o-cha, as head of the junta’s National Council for Peace and Order (NCPO), to take part in the debate, the EC chairman did not give a direct answer, saying only that the matter had to be considered by the EC.

While making no comment himself, pressure is mounting on the Prime Minister to take part in at least one debate organized by the EC.

When questioned about the Palang Pracharat party’s controversial fund-raising dinner, which took place over a few months ago and which reportedly raised about 600 million baht, Mr. Itthiporn said that the matter was still under consideration. Pro-Thaksin parties have accused the EC of double-standards for appearing to drag its feet in its probe of alleged electoral violations against the Palang Pracharat party while rushing a dissolution ruling on the Thai Raksa Chart party for its nomination of HRH Princess Ubolratana as its prime ministerial candidate. 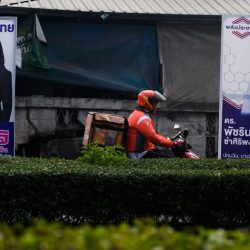 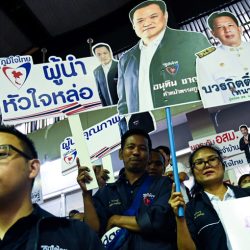