Earthquake in Laos felt in many parts of Thailand Monday morning 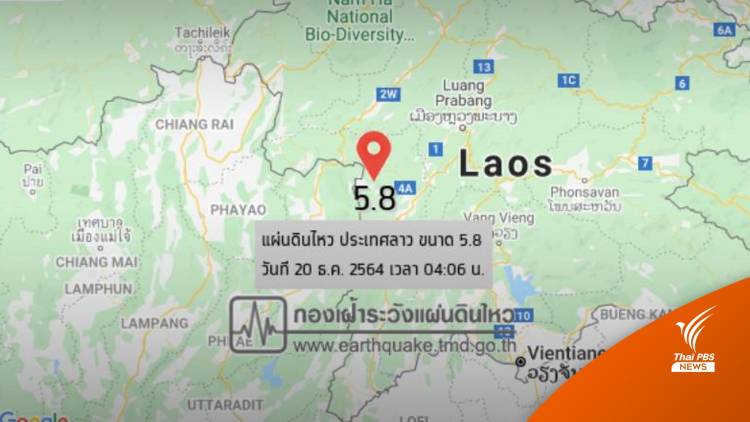 A magnitude 5.8 earthquake struck the Lao PDR at 4.06am local time, with its epicentre at a depth of about 10 kilometres, was reported by the Earthquake Observation Division of Thailand’s Meteorological Department this morning (Monday).

It said that this significant seismic event was located about 20 kilometres to the southeast of Ban Nam Chang in Khun Nan sub-district in Chaloem Phrakiat district of Thailand’s northern province of Nan.

The quake, which was followed by a 3.5 magnitude aftershock at 4.12am and another of 2.4 magnitude at 5.35am, was felt in several northern and north-eastern provinces.

In Nan province, officials from the Department of Disaster Prevention and Mitigation and the Muang district municipality conducted a field survey of several ancient temples and archaeological sites in the province this morning.

At the Phumin Temple, which is thought to be about 425 years old, the inspectors found more cracks to the main Buddha image, which sustained damage in the last 6.4 magnitude quake two years ago.  Some tiles on the roof of the temple’s chapel also fell off.

There are several other ancient temples in Nan which are yet to be examined. These include Phra That Chae Haeng, Phra That Khao Noi, Nong Daeng and Ton Laeng temples.

Officials said that they have not yet received complaints of damage to houses.

The quake was top trending on Twitter this morning. Some said they felt their houses shake, while others said their beds shook.

Some tweets also suggested that Thailand should be equipped with a better emergency alert system, so the public could be warned in advance by means of text messages.

Meanwhile, the United States Geological Survey reported a 5.6 magnitude earthquake near Luang Prabang in the Lao PDR at 4.06am local time at a depth of 10km.

It said, however, that the exact magnitude, epicentre and depth of the quake might be revised in the next few hours, as seismologists review data and refine their calculations or as other agencies issue their reports. 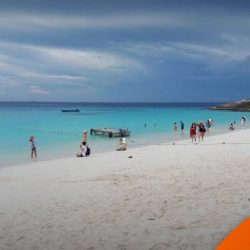