The Department of Special Investigation (DSI) has accepted for investigation the “Mae Manee” alleged Ponzi scam, in which more than 2,700 people were reportedly duped of about 756 million baht in investments.

Justice Minister Somsak Thepsuthin said today (Thursday) that, of the 2,764 complaints lodged with the DSI through the online QR Code system, 300 showed up in person to file the complaints, with a combined investment of about 150 million baht.

He said, however, that the complaints received by the DSI did not include the complaints filed separately with the Crime Suppression Division police and with police stations nationwide.

DSI chief Pol Col Paisit Wongmuang, accompanied by Thanakrit Chit-areerat, secretary to the justice minister and Pol Col Suchart Wong-ananchai, chief inspector-general of the Justice Ministry, will meet the national police chief, Pol Gen Chakthip Chaijinda, tomorrow (Friday) to discuss measures to mitigate the damage caused to the victims and about how to freeze the assets of the alleged scammers.

Mae Manee, or Ms. Wanthanee Tippaveth, is now wanted by the police after a warrant for her arrest was issued by the Criminal Court on charges of public fraud.  Her whereabouts are currently not known.

According to the mass-circulation Thai Rath newspaper, Mae Manee, a native of Thailand’s north-eastern province of Udon Thani, started her business by selling dolls online and worked as a freelance ‘pretty’ or PR model.

The 29-year old Mae Manee made the headlines when she lodged a complaint in Udon Thani on July 8th demanding compensation from a cosmetic surgery clinic for, what she claimed was a botched surgery job.

She also often posted on her Facebook pages to show off her luxurious lifestyle in the company of celebrities or with luxury cars and brand-name products.  She also claimed to have businesses in cosmetics, entertainment, a gold shop and real estate. 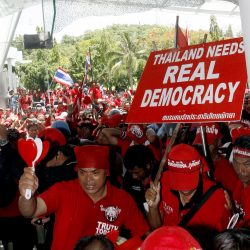 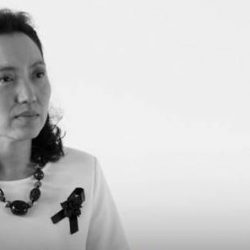