It may boil down to who manages crises better. The vulnerable Prayut government is staring at daily threats of rebellion but the Pheu Thai-led opposition is not in a perfect shape to exploit that. To further complicate the situation, potential “defectors” seem rampant on both sides.

Lacks of quorum have abruptly ended House of Representatives meetings, embarrassing the Prayut coalition and underlining the key weakness of the government bloc, which holds a very slim majority in the lower chamber. And a bigger test is yet to come, in the form of a censure forum in which the opposition is expected to land the heaviest punches.

The cancellations of House meetings took place against a backdrop of the farming chemical ban controversy which is testing the coalition’s unity, and conflicts among government partners over how much and where the current Constitution should be amended. The latter problem has been compounded by the Democrat and Palang Pracharat parties not seeing eye to eye over who should chair the ad hoc House committee that will preliminarily study proposed charter amendments.

Then there is the issue of disgruntlement among “small coalition parties”. They want bigger roles and bigger rewards. Similar demands could be dismissed in the past but the government’s fragile majority in the House of Representatives means what the small parties want can be overlooked at the coalition’s own peril.

Prime Minister Prayut Chan-o-cha is not known to be good at cutting shady political deals, and his characteristically “loose” tongue can easily upset government partners. All in all, the government is like a ship sailing into mad seas with a moody captain.

But can the opposition take advantage? Some analysts think the bloc is not in a much better shape. The disqualification of Thanathorn Juangroongruangkit as an MP has been followed by threats of even bigger legal action, which could really shatter his Future Forward Party this time. To add to that, various opposition veterans such as Sudarat Keyuraphan and Chaturon Chaisang failed to return to Parliament after the March election.

The opposition has been less than clear-cut on one of its most important missions _ the censure offensive. Possible explanations include the fact that many veteran speakers have missed out on Parliament; the approaching festive season; Pheu Thai’s unfamiliar role as the opposition leader; and ambivalence over issues that encompass governments, some of which led by Pheu Thai itself.

The unity within the opposition bloc will be challenged as well. The Pheu Thai Party has yet to decide whether to back Chadchart Sittipunt in the Bangkok gubernatorial election or field a candidate of its own in case he runs as an independent, or whether it should throw its weight behind a Future Forward candidate, who is yet to be named.

Defections, meanwhile, can rock both the government and the opposition. Rumours have it that some Pheu Thai MPs have been earmarked as “spare parts” for the government coalition in case the small parties rebel against the administration. According to the rumours, Thaksin Shinawatra was even resigned to the possibility of some of his MPs siding at least occasionally with the government.

“Traitors” going in opposite directions can make the political situation very fluid. As neither side controls a clear-cut majority in the House of Representatives, any of the small fish can get ambitious. They know that with political games now depending on parliamentary numbers and street protests unlikely to be massive, they have a realistic chance of playing kingmakers.

It will be a tight battle. Bad news is that in any tight battle, things can get very ugly. 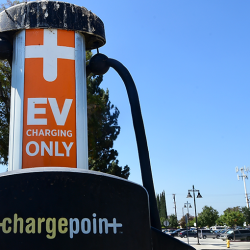