There comes a time when challenges are big, but solutions are hidden in plain sights. Thailand as cheese producers? The myth has already been busted years ago when the first batches of fresh Italian cheeses were made in Hua Hin and later were well-received throughout the food industries as something equivalent and even better for they are fresher than the imported items.

But so far, cheesemaking in Thailand has been quite something of a foreign fare. Something locals reserve the rights to those who have been eating them all their lives. We are mostly bystanders, observing and looking, and trying, but not that obsessed with those oozing soft features of all the cheeses.

So, when I found out that there is one person, a Thai person, a woman, a former veterinarian, no less, is now making cheeses out of the goat milk in her own farm in Nakhon Pathom, I was more than giddy. After securing a morning with her, we were on our way. As it turned out, making cheeses for Khun Kai Srikong has not been easy, too.

As a veterinarian, Khun Kai was a researcher in quest to solve goat famers’ perennial problems: the lack or irregularity of the milk supply. In her labs, she succeeded in finding a solution for a sound farm management to sustain milk production. But that’s not the end of it.

“Goat farming is also layered with cultural and social factors,” Khun Kai explains. “No matter how sound a farm management is, they still want to have more goats in their procession than needed. This is about their face. More goats, bigger face. So, I needed to do something with the milk surplus which was the end result of a sound farm management. And then my husband suggested about goat cheeses as the first cheese ever made by humans. Milk from goats has always been made into cheeses, hence the tipping point that turned me into a cheesemaker.”

Thailand is not a cheesemaking country, nor we a big consumer of the product. In fact, we weren’t familiar with having milk and cheeses in our dietary repertoire until perhaps a few decades back. And that’s only cow’s milk and products. Goat cheeses and milk, as historic as they are, contain some characteristic aroma the result of natural oxidisation in milk’s fatty acids. And that makes them an acquired taste. But for cheese lovers, these funk characters and scents are much-coveted. The funkier, the better. The same theory that also applies to Thai Esan fermented fish or Pla Ra.

Khun Kai’s cheeses are mostly fresh cheeses that take weeks and months, and not years to cure. They are milder in tastes and aroma, but still super creamy and a little funky — a perfect tasty beginning for those wanting to try goat cheeses. From milk to cheeses, everything is made within the perimeter of the farm, hence making these products artisanal and farmstead. A great tasty discovery on our part. 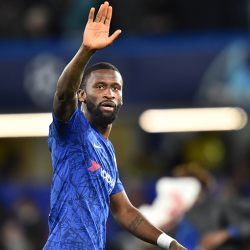 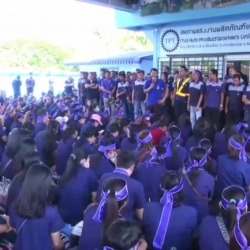