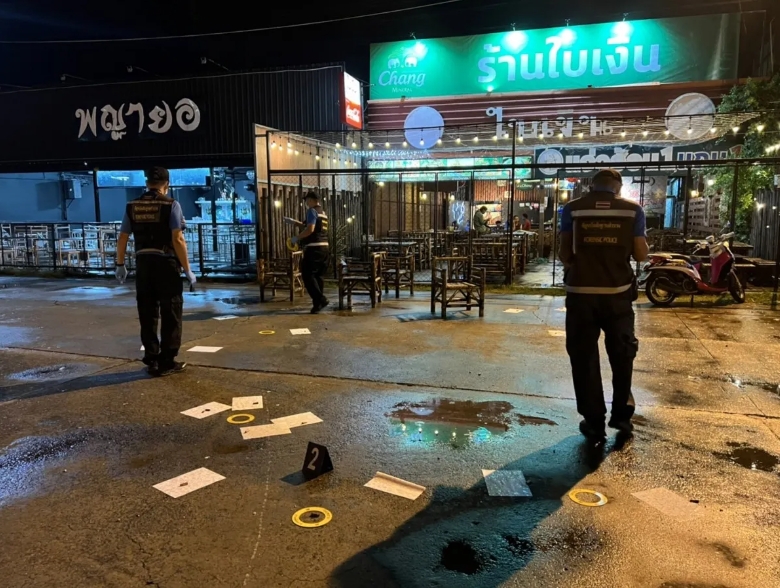 The Ubon Ratchathani provincial court has denied bail to the chief pub security guard, who was one of the suspects arrested by police for alleged involvement in last Wednesday’s shootout between guards from two local pubs in the car park of the Big C supercentre in Muang district, which left three people dead and six injured.

The guard, only identified as “Apiwat” of the Ekkamai 487 pub, was charged with murder and for carrying a weapon in public without a permit. He was escorted by police to the court to have his detention extended, pending further investigation.

The court rejected his bail application on the grounds that the shooting is a serious offence.

The provincial police commander said that, since the shooting, police have arrested three suspects and are holding a fourth in custody at a hospital. They have also seized four guns, including three 9mm pistols and one shotgun, in searches of nine locations in the province.

Rival guards from two pubs reportedly met at the car park on late Wednesday night to settle a dispute, but they couldn’t reach an agreement and some of them drew their guns and opened fire. Two were killed at the scene and a third died later in hospital.

Gun violence in Thailand is the second highest in Southeast Asia, after the Philippines, due to the ready availability of legal and illegal firearms. 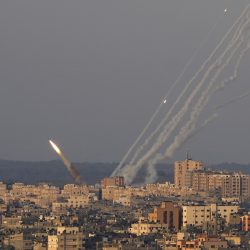 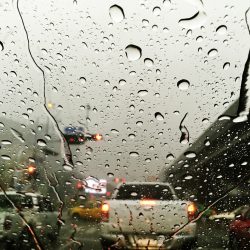