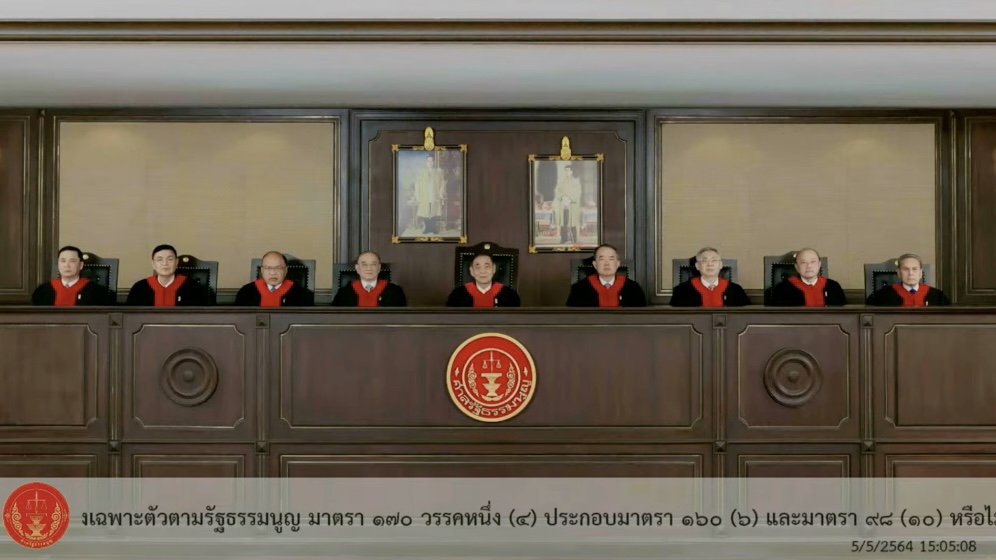 The Constitutional Court’s controversial ruling last week in favour of Deputy Agriculture and Cooperatives Minister Thammanat Prompow has upset many people, including supporters of the government.

Thammanat, a key dealmaker and trouble-shooter for the ruling Palang Pracharath Party, was ruled eligible to continue as an MP and remain in the Cabinet despite spending four years in an Australian jail after his 1994 conviction for heroin smuggling.

The court ruled on May 5 that only a jail sentence handed down by a Thai court would bar the offender from holding a post in government.

The verdict angered critics and the opposition, who slammed the court for focusing on the location of the case rather than the actual crime or the moral values required of a lawmaker.

The ruling also sparked calls for reform of the Constitutional Court.

Somchai Preechasinlapakun, a lecturer at Chiang Mai University’s Faculty of Law, suggested that the court’s panel of judges include experts from outside the judiciary. He also said judges should be subject to scrutiny while the offense of contempt of court should be dropped to allow free criticism of the judiciary.

“When the time is right, restructuring of the court is also necessary,” the academic said.

Piyabutr Saengkanokkul, the academic-turned-politician who now leads the Progressive Movement, has launched an online push to restructure the court.

His Re-Solution Group features an online signature campaign for a new Constitution stipulating the charter court’s nine judges are appointed equally by the Supreme Court, the government, and the opposition. The group is also pushing for a checks-and-balance mechanism that allows judges to be impeached.

Disappointment, anger and despair is rumbling through Thai society after Thammanat Prompow was let off the hook by the Constitutional Court on Wednesday. Though many were unsurprised by the verdict, they still found it unacceptable. As Deputy Agriculture and Cooperatives Minister, Thammanat has overcome more than a few political controversies, though his criminal past in Australia threatened to end his career.

In a Facebook post on May 5, Piyabutr wrote that Thailand’s idea for a charter court had been imported from Germany when the 1997 Constitution was promulgated.

“The Thai Constitutional Court, however, has failed to become a national institution that protects democracy and the Constitution. Instead, all sides have used it as a tool to attain their political goals or to get rid of their political enemies,” Piyabutr said.

He pointed out that the charter court was instrumental in voiding the votes in two general elections, removing two prime ministers and dozens of MPs from office, dissolving six political parties, and banning more than 250 politicians from politics.

The court also obstructed at least two attempts to amend the Constitution yet remained “indifferent” to the May 2014 military coup, Piyabutr added.

The extent of the Constitutional Court’s power has been a topic of debate since before its establishment in October 1997 under the so-called “People’s Constitution”. The court was among independent agencies set up under a reformist charter aimed at bringing a “new politics” of checks and balances to Thailand.

When the 1997 Constitution was being drafted, many senior judges opposed the charter court on grounds that constitutional and judicial review should remain the task of the Supreme Court.

Critics also said a Constitutional Court would create a fourth branch of government even more powerful than the judiciary, legislature, or executive. The court’s rulings are final and bind all state agencies, including Parliament, Cabinet, and other courts of justice.

Observers also voiced concern over potential political interference in the selection of judges, while a recent opinion survey on independent agencies in Thailand confirmed that worry.

In the latest Super Poll conducted between May 1 and 8, the Constitutional Court rated poorly among independent agencies with a “trust score” of just 43.5 percent from the 1,293 respondents. In terms of independence from interference, the agencies scored a lowly 33.2 percent. They also scored less than 50 percent on transparency, accountability, public participation, and respect for ethical values.

The charter court’s landmark verdicts regarding powerful politicians have often been seen as favoring those in power at the time.

In 2001, newly elected prime minister Thaksin Shinawatra – whose Thai Rak Thai Party had formed the government after winning the general election, was acquitted by the Constitutional Court of failing to declare his assets as required by the 1997 Constitution.

Thaksin only narrowly escaped a guilty verdict when eight of the 15 judges ruled in his favor. He claimed his failure to disclose his assets was an “honest mistake”.

In 2006, the court again rejected a charge against Thaksin, this time that his sale of shares in Shin Corporation held by his family represented a conflict of interest and violated the Constitution.

However, there were times when the court sent heads of government packing. In 2008, premier Samak Sundaravej was found to have violated the charter by taking a job hosting a TV cooking show – ruled to be a conflict of interest.

In 2014, PM Yingluck Shinawatra was disqualified by the court for breaching the charter and abusing her power. She was accused of transferring the National Security Council chief to make way for a relative to be appointed as national police chief.

The court has also dissolved six political parties – four of them for electoral fraud, including Thai Rak Thai and its reincarnation People Power Party. Thai Raksa Chart, also linked to Thaksin, became the fifth party to be disbanded after it named a member of the Royal Family, Princess Ubolratana, as a prime ministerial candidate. The sixth to be dissolved was Future Forward, which came third in the 2019 general election but was dissolved in February 2020 for accepting illegal loans from its own leader.

Since forming the coalition government in 2019, former coup-maker General Prayut Chan-o-cha has crossed paths with the Constitutional Court several times but always managed to escape a guilty verdict.

In September 2019, the court rejected a petition against PM Prayut for failing to recite the entire oath of office. The court decided that it was “not in its authority” to rule on this issue.

Later that month, the court ruled that Prayut was not a state official while serving as junta leader and was, therefore, eligible to serve as prime minister. The charter prohibits state officials from competing in the premiership contest.

In December last year, the court again cleared Prayut of wrongdoing for living in an official Army residence while serving as prime minister. The court found no conflict of interest or violation of the code of ethics, as other Army chiefs before him had been granted the same benefit. 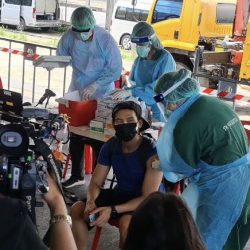 What to do before and after your vaccination 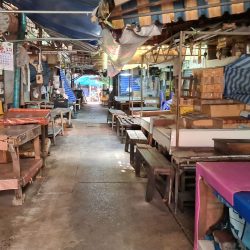