Chuan expects PM and his cabinet to attend House debate

House Speaker Chuan Leekpai said today he expects Prime Minister Prayut Chan-o-cha and his ministers to be present at the House session to answer questions from opposition MPS related to the oath-taking controversy.

He said he had formally notified the government about the censure motion, with no associated vote, which he expects to be held before parliament goes into recess on September 18th.

The exact date of the debate is yet to be fixed and will depend on the readiness of all the parties involved, said Mr. Chuan adding that the government is being given the privilege of setting the date.

The House Speaker noted that, from now on, the government must respond to every interpellation of the opposition and, if the minister concerned cannot respond in person, he or she must assign a representative to act on his or her behalf.

“Personally, I believe that the Prime Minister must attend the censure debate because this is the practice of democracy. Everyone must do his or her duty, but it is the Prime Minister’s right to assign someone to answer queries on his behalf,” said Mr. Chuan.

Earlier, Deputy Prime Minister Wissanu Krea-ngarm said that the Prime Minister will not skip the censure debate, and will respond to the opposition’s queries himself.

The opposition has targeted the Prime Minister over the oath controversy, which they claim was not fully recited as required by the Constitution. 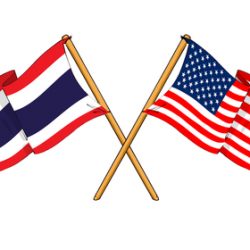 Chuan on Senate: Don't overthrow it; improve it