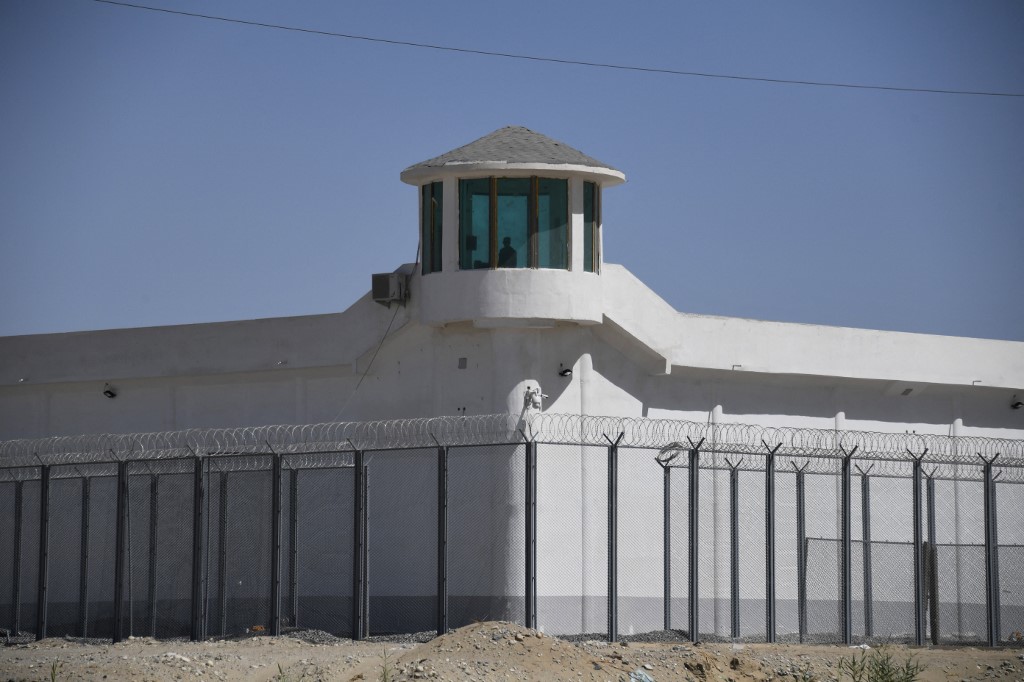 (FILES) This file photo taken on May 31, 2019 shows a watchtower on a high-security facility near what is believed to be a re-education camp where mostly Muslim ethnic minorities are detained, on the outskirts of Hotan, in China’s northwestern Xinjiang region. – The United Nations released a bombshell report late on August 31, 2022 into serious human rights abuses in China’s Xinjiang region, saying torture allegations were credible and citing possible crimes against humanity. (Photo by Greg Baker / AFP)

China on Thursday accused the United Nations of becoming a “thug and accomplice of the US and the West” after the global body released a highly anticipated report warning crimes against humanity may have taken place in the Xinjiang region.

The landmark report detailed a string of rights violations including torture and forced labour against Uyghurs and other Muslim minorities in the far-western region, bringing the UN seal to many of the allegations long brought by activist groups, Western nations and the Uyghur community in exile.

However, it stopped short of calling China’s actions a genocide — claims made by the United States and several Western lawmakers — leaving some activists “disappointed”.

“The extent of arbitrary and discriminatory detention of members of Uyghur and other predominantly Muslim groups… may constitute international crimes, in particular crimes against humanity,” the report said.

It said the world must now pay “urgent attention” to the situation in Xinjiang.

Beijing hit back hard against the report — over a year in the making — and maintained its firm opposition to its release, sharing a more-than-100-page document from the Xinjiang provincial government defending its policies.

“The so-called critical report you mentioned is planned and manufactured firsthand by the US and some Western forces, it is wholly illegal and invalid,” foreign ministry spokesman Wang Wenbin told a regular briefing Thursday.

“The report is a hodgepodge of misinformation, and it is a political tool which serves as part of the West’s strategy of using Xinjiang to control China,” he added.

Wang also slammed the UN rights office as having “sunk to becoming the thug and accomplice of the US and the West”, but said the report’s omission in calling China’s actions genocide shows their “lies… have fallen apart”.

Michelle Bachelet, the UN human rights chief, said she had decided a full assessment was needed of the situation inside the Xinjiang Uyghur Autonomous Region (XUAR).

Bachelet was determined to release it before her four-year term as the UN High Commissioner for Human Rights expired at the end of August — and did so with 13 minutes to spare at 11:47 pm in Geneva.

“I said that I would publish it before my mandate ended and I have,” Bachelet said in an email to AFP Thursday.

“The politicisation of these serious human rights issues by some states did not help.”

China has been accused for years of detaining more than one million Uyghurs and other Muslims in the region.

Beijing has vehemently rejected the claims, insisting it is running Vocational Education and Training Centres (VETCs), designed to curb extremism.

“Serious human rights violations have been committed in XUAR in the context of the government’s application of counter-terrorism and counter-‘extremism’ strategies,” the UN report said.

“Allegations of patterns of torture or ill-treatment, including forced medical treatment and adverse conditions of detention, are credible, as are allegations of individual incidents of sexual and gender-based violence,” the report said.

The UN Human Rights Office could not confirm how many people were affected by the VETCs but concluded that the system operated on a “wide scale” across the entire region.

The number in the VETCs, at least between the years 2017 and 2019, “was very significant, comprising a substantial proportion of the Uyghur and other predominantly Muslim minority populations”.

Campaigners have accused China of forcibly sterilising women, and the report cited “credible indications of violations of reproductive rights through the coercive enforcement of family planning policies”.

Campaign groups have said the report should act as a launchpad for further action.

The response from the Uyghur activist community was mixed, with some groups praising its work while others wished it had gone further in its condemnation.

“This is a game-changer for the international response to the Uyghur crisis,” said Uyghur Human Rights Project executive director Omer Kanat.

“Despite the Chinese government’s strenuous denials, the UN has now officially recognised that horrific crimes are occurring.”

And World Uyghur Congress president Dolkun Isa said the report paved the way for “meaningful and tangible action” by countries, businesses and the UN.

But Salih Hudayar, a Uyghur-American who campaigns for Xinjiang independence, told AFP the report was “sadly not as strong as we had hoped”.

“Our people have been waiting years for the UN to speak out,” said Hudayar.

“Unfortunately, because of Chinese government pressure the UN has long remained silent.”

And Elfidar Iltebi, president of the Uyghur American Association, said: “We, as Uyghur community members, are disappointed honestly.

“I was looking for, hoping for, dreaming for the ‘g-word’ — genocide.” 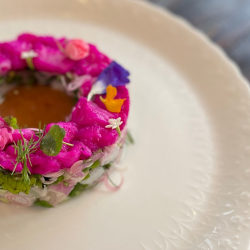 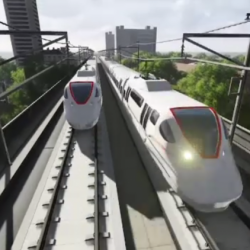