The United Nations Educational, Scientific and Cultural Organization (UNESCO) has approved Thailand’s Doi Chiang Dao in the northern province of Chiang Mai as a new biosphere reserve, the fifth of its kind in the kingdom.

Natural Resources and Environment Minister Varawut Silpa-archa announced today (Thursday) that the approval was given by UNESCO’s The International Coordinating Council of the Man and the Biosphere programme during an online meeting on Wednesday in Abuja, the capital of Nigeria, held to review 12 international areas, including Doi Chiang Dao, for listing as biosphere reserves in 2021.

He said that the Doi Chiang Dao is the prototype model of the sufficiency economy philosophy, eco-tourism and cultural development, which encompasses innovations and technology beneficial to people in the localities and Chiang Mai province, adding that it testifies to the balanced and sustainable co-existence between men and forests.

Doi Chiang Dao is located in Ban Pang Ma O in Chiang Dao district, part of the upper Ping River basin, where the ecosystem has been protected by the Chiang Dao Wildlife Sanctuary.

It is home to more than 300 species of birds, many rare wildlife species and ethnic groups, such as Hmong, Lahu and Tai Yai (Shan).

In the next step, the minister said that Thailand will propose Khao Phra Thaew Wildlife Park and Forest Reserve in Phuket for listing as Thailand’s sixth biosphere reserve. 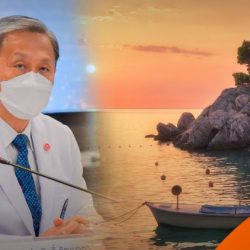