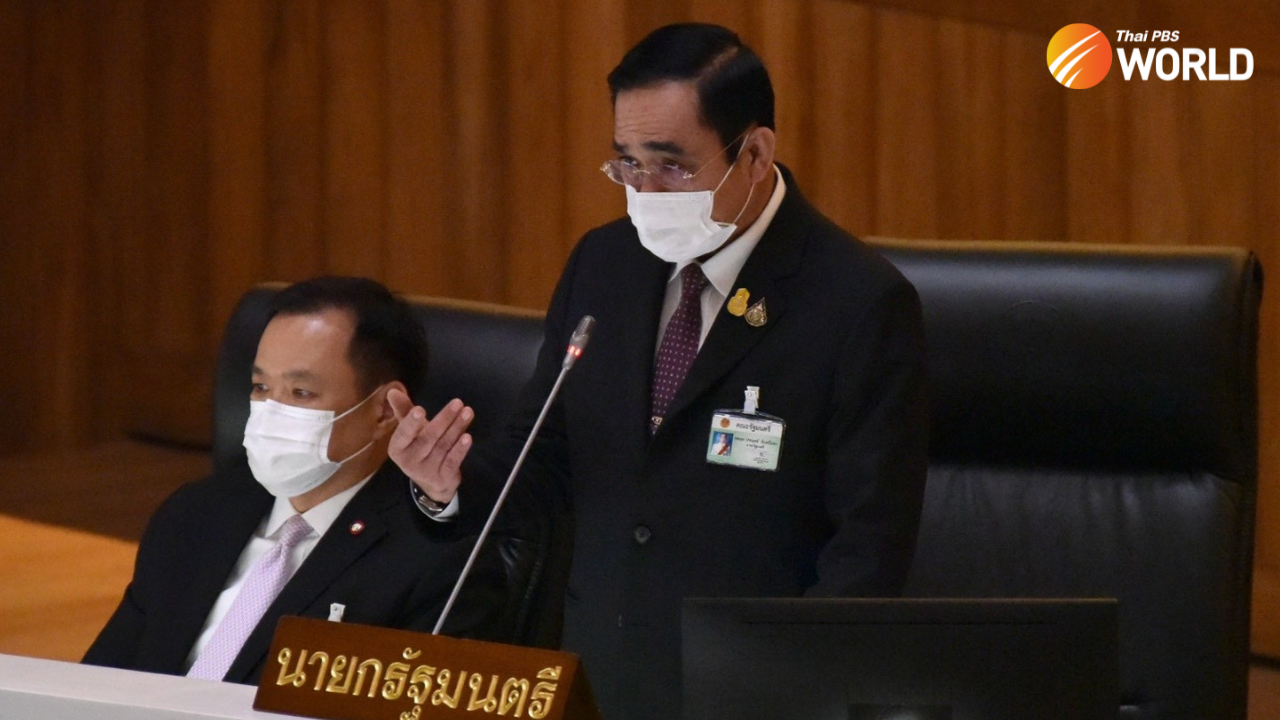 Halfway through their government’s four-year term, Prime Minister Gen Prayut Chan-o-cha and his brothers in arms – Gen Prawit Wongsuwan and Gen Anupong Paochinda – apparently have no choice but to change tack if they want to remain in power.

As a result, he can no longer avoid a major Cabinet reshuffle or keep his distance from powerful politicians if he wants a smooth ride during his remaining time in office.

Known as the “3Ps”, the trio of former Army chiefs must now face up to the reality of taking their first steps towards their eventual loss of power.

Thai PBS World talks to political analysts about what lies ahead for Prayut’s government after it managed to survive a third no-confidence vote.

Wanwichit Boonprong, a political scientist at Rangsit University, believes the censure vote signaled that the “3Ps” of Prayut, Prawit, and Anupong must reassess their strategy if they want to stay in power or secure Prayut’s position.

Prayut and five members of his Cabinet comfortably sailed through the no-confidence motion in Parliament on Saturday (September 4). However, it should be noted that Prayut was hit with the highest number of no-confidence votes (208) and the second-fewest approval votes (264).

Ministers from other coalition partners won more votes in favor.

“The path is not rosy for Prayut. Public confidence and popularity during his seven years in power has been declining. The political landscape is also shifting – along with the balance of bargaining power,” the analyst said.

Reports of a power play and behind-the-scenes bargaining within the ruling party emerged even before the four-day censure debate began last Tuesday (August 31). Party secretary-general Thammanat Prompow was rumored to be engineering a plot to unseat Prayut by amassing no-confidence votes against him.

Observers see this as a move to force the 3Ps to ease their grip on power and pressure Prayut to return some of his ministerial posts, such as Interior and Energy, to ordinary MPs.

Besides, Prayut has no choice but to reshuffle the Cabinet and needs to work more closely with ruling MPs, who have been complaining, said Wanwichit.

Lastly, he said, the 3Ps must make preparations to “climb down from the tiger’s back”.

“The 3Ps’ future looks gloomy as they are no longer attractive to politicians looking to win at the next election. There is no space for them [in politics] from now on,” the analyst said.

Yuthaporn Issarachai, a political scientist from Sukhothai Thammathirat Open University, believes a Cabinet reshuffle will come at year-end or early next year.

Prayut previously declared that he would never shake up his Cabinet or dissolve the House early.

“The next reshuffle will not only be aimed at maintaining government stability and the ruling party’s unity, but will also be part of preparations for the next election,” Yuthaporn said.

The people are rising

Though Prayut has escaped parliamentary censure, public pressure for him to step down is growing stronger, with anti-government rallies held almost daily over the past few weeks. Critics expect more protests and violent clashes in the near future.

“Though the public outside Parliament has been calling for the government’s ouster, it is voted within Parliament that decide whether the government can stay or not. This means that people’s voices are meaningless,” Yuthaporn said.

He warned that this “imbalance” will only result in more clashes and frequent rallies, as the public becomes more frustrated and upset with the government.

He added that although Prayut won approval votes from lawmakers, he can only win true legitimacy by being accepted by the public.

“His survival will push more people to come out and protest against this government. If it reaches a boiling point or becomes a mass political situation, I fear the country could face anarchy,” he said.

Red-shirt leader Nattawut Saikuar and red-shirt activist Sombat Boonngam-anong launched a protest campaign on September 6, vowing to hold daily rallies at Bangkok’s Asok intersection from 4pm to 8pm. Meanwhile, students and other groups are staging protests almost daily in other parts of the city.

Though few were surprised to see targeted ministers survive the no-confidence vote, some observers say the opposition was successful in scrutinizing the powers that be.

Titipol Phakdeewanich, a political scientist at Ubon Ratchathani University, said the success of parliamentary scrutiny does not depend on winning or losing votes because traditionally, government MPs have to vote along party lines.

“Parliamentary scrutiny is only efficient when the opposition is united and serious. MPs from Move Forward Party have done a good job in gathering and exposing vaccine purchase contracts that the government has tried to conceal,” he said.

He added that the public will get a clearer picture when more information is revealed.

The opposition raised several issues during the censure debate, including the actual purchase price of the Sinovac vaccine, the procurement of the first submarine from China and the release of para rubber stocks. 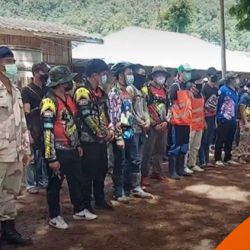 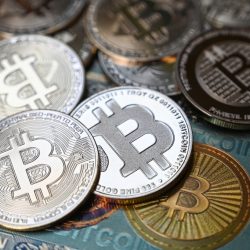