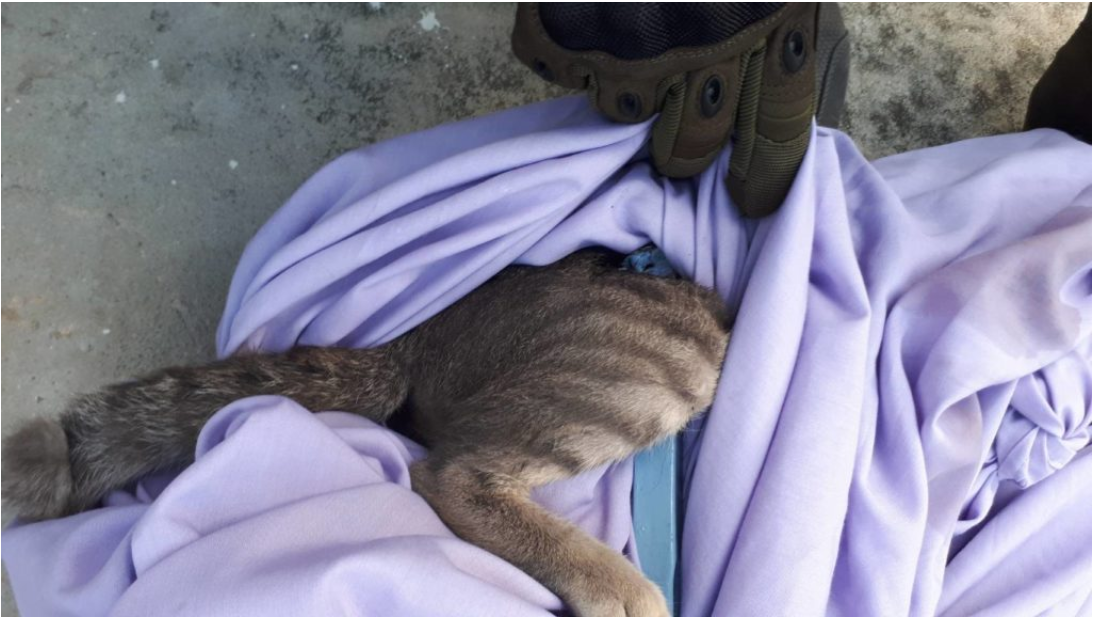 Rescue workers were this morning (Friday) called to a house in Muang district of Thailand’s northern province of Lampang to help a stray cat which had become impaled on a sharp fencing spike as it apparently misjudged a leap from an adjacent roof.

Responding to the 191 call from Mr. Noppadol Hawattanaphan, the 60-year owner of the house in Tambon Sob Tuei, rescue workers from the Sawang Nakhon Lampang Association found the brown female cat dangling from the two-metre fence with its head down and its right thigh impaled.

Mr. Noppadol reportedly told the rescue workers that he suspected the stray cat jumped from his roof to the ground, but landed on the fence.

The rescue workers first covered the cat with a cloth to protect themselves from being scratched or bitten by the animal and then cut the spike off the fence. The cat was then rushed to a veterinarian to have the spike surgically removed from its leg.

Mr. Noppadol said he called 191 after a monk, who stopped at his house to receive alms, told him about the spiked feline, adding that he was willing to pay the costs of the cat’s treatment. 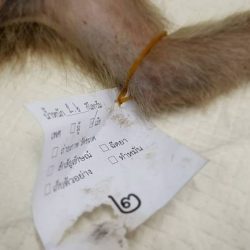 600 monkeys in Hua Hin to be sterilized to control population 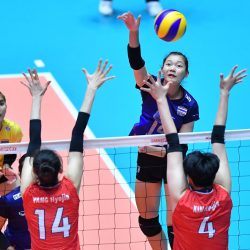