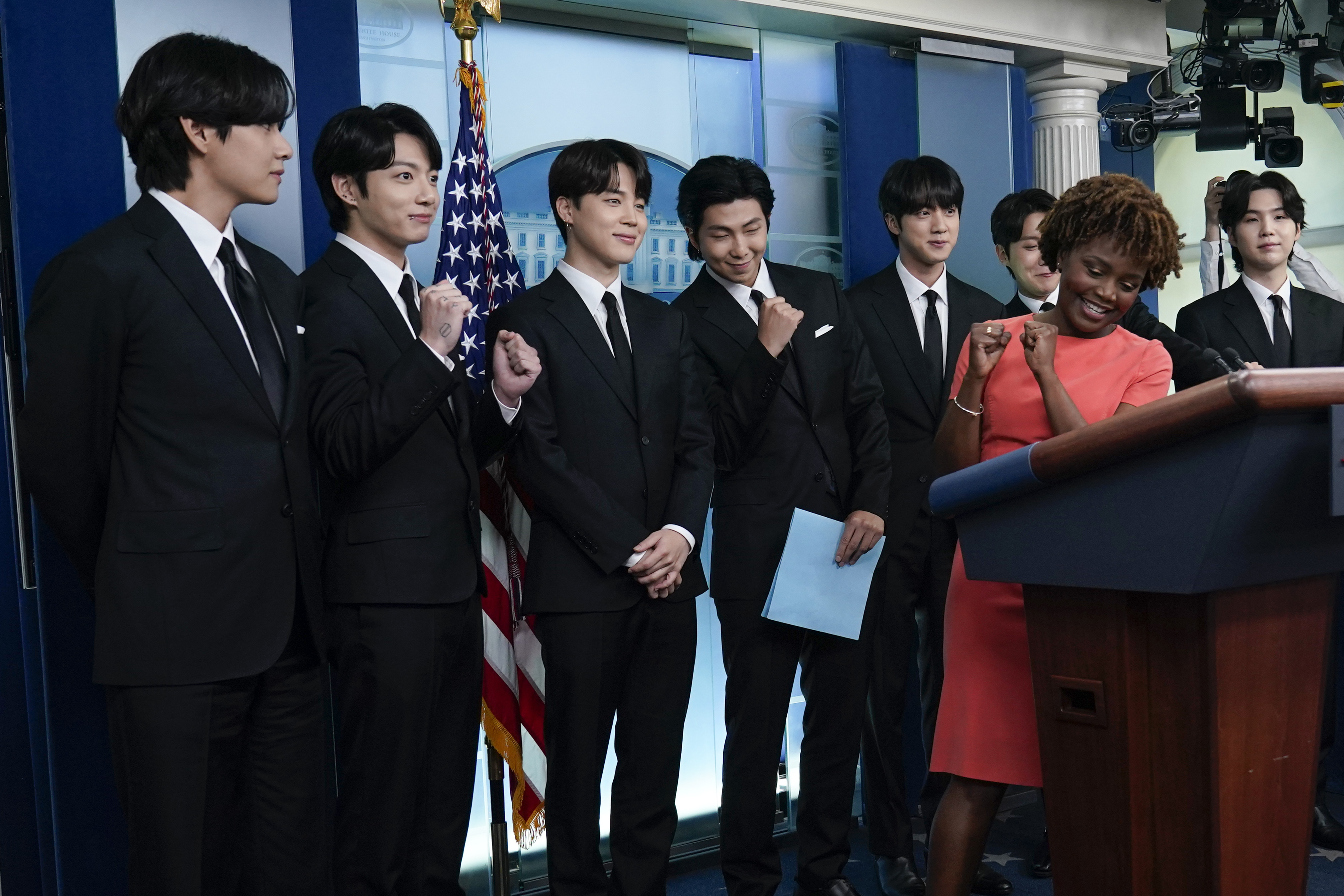 Band members J-Hope, RM, Suga, Jungkook, V, Jin and Jimin joined White House press secretary Karine Jean-Pierre at her briefing with reporters on the final day of Asian American and Pacific Islander Heritage Month. Jimin said the band had been “devastated by the recent surge” of crime and intolerance against Asian Americans that has persisted since the start of the coronavirus pandemic.

“It’s not wrong to be different,” Suga said through an interpreter. “Equality begins when we open up and embrace all of our differences.” V said that “everyone has their own history.”

“We hope today is one step forward to understanding and respecting each and everyone as a valuable person,” V added.

The band members wore black suits and ties and took turns briefly stepping to the podium. They got a tour of the White House before the briefing, and held a closed-door meeting with the president in the Oval Office afterward. Biden administration officials have spent recent weeks holding roundtable discussions and other meetings with Asian American leaders to discuss the violence.

Since its debut in 2013, BTS has garnered global recognition for the members’ self-produced music and activism, including an appearance at the United Nations. The band topped the Billboard Hot 100 chart three times in 2020, and was nominated for prominent music awards like the Grammys, Billboard Music Awards and MTV Video Music Awards.

The normally cramped White House briefing room was even more jammed than usual, as journalists on-hand to cover BTS packed the aisles alongside the rows of seats assigned to outlets who regularly attend. The White House livestream — not known for large, middle-of-the-afternoon audiences — attracted more than 230,000 viewers before the event even began.

After the band members spoke and had their comments translated, reporters began to ask them questions, but Jean-Pierre — who had said previously that members wouldn’t take questions — intervened, saying, “We’re gonna go.” That prompted BTS members to offer, “We’re sorry” as they filed away from the podium. 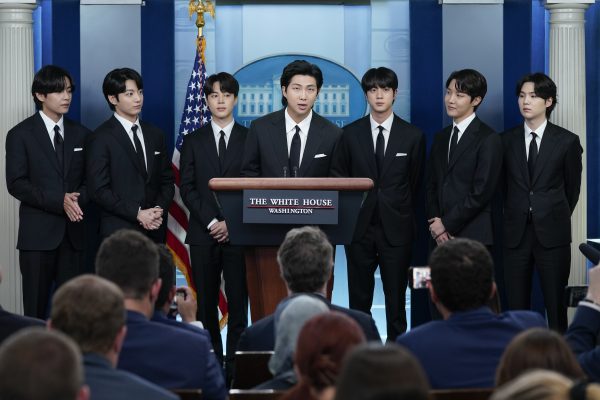 Following the band was Brian Deese, director of the White House National Economic Council, who was there to address reporters after Federal Reserve Chairman Jerome Powell’s meeting with Biden earlier in the day.

“I get to go home and tell my kids that BTS opened for me,” Deese joked, adding that he was sure the room was “as excited” to talk about inflation’s impact on the U.S. economy as they’d been for the band.

The scene was fun but the issue that brought the group to the White House was not. The rise in anti-Asian hate crimes and discrimination since 2020 has included the March 2021 killing of eight people at Atlanta-area massage businesses, including six women of Asian descent.

Following those shootings, Asian American organizations across the U.S. staged unity events and took to social media to call for an end to racist attacks. Within days, BTS tweeted, “We stand against racial discrimination” and included the hashtags #StopAsianHate and #StopAAPIHate.

“We condemn violence. You, I and we all have the right to be respected,” BTS wrote then. “We will stand together.”

On Tuesday, the band thanked its fans, with Jungkook saying, “We still feel surprised that music created by South Korean artists reaches so many people around the world, transcending language and cultural barriers.”

“We believe music is always an amazing and wonderful unifier of all things,” he added. 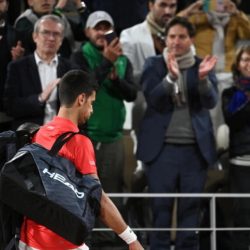 Djokovic hails 'champion' Nadal but 'not surprised' by injury recovery 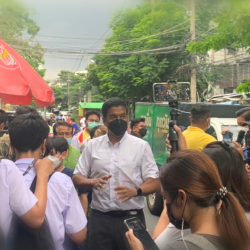