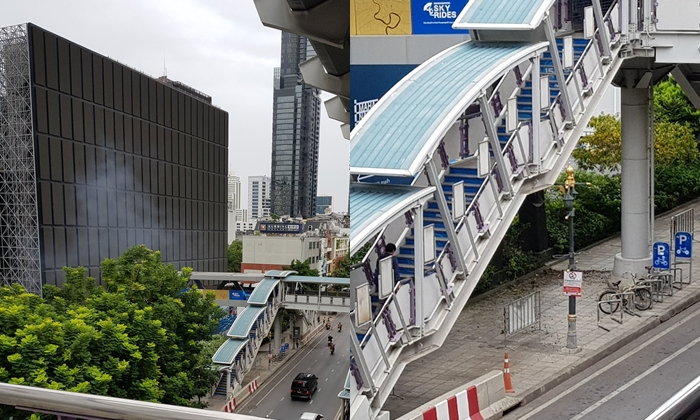 At around 8.10am on Friday there was an explosion in or near a white car in a parking lot in front of the Mahanakorn Building, near Chong Non Si BTS station.

At around 8.30am there was another explosion in a small flower nursery, located under a walkway connecting the BTS station with the Mahanakorn Building.

So far, two people are reported to have been injured.

Pol Col Kritsana Pattanacharoen, Deputy Spokesperson of the Royal Thai Police (RTP), said that one of the injured people has been sent to Chulalongkorn Hospital. The other one suffered only minor injuries and was able to go home.

The Explosive Ordnance Disposal (EOD) team arrived at the scene at around 9.30am and have found initial signs of ball bearing projectiles in the debris.

A third explosion has been reported at the Chaengwattana Government Center this morning and a fire has broken out in the Pratunam area of Bangkok.

Furthermore, a suspect package was found at the Police Headquarters yesterday (Thursday), but police will not confirm if the five incidents are connected.

Police have also confirmed another explosion near the King Power building on Rama 9 Road.

Police asked the public to be vigilant, but not to panic. 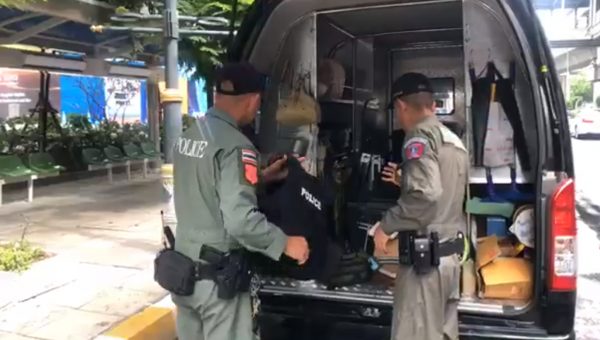 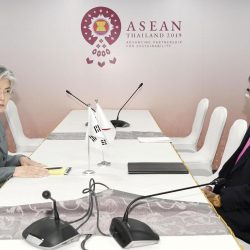 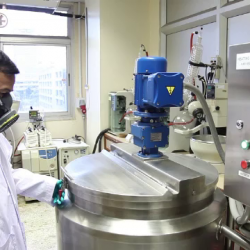