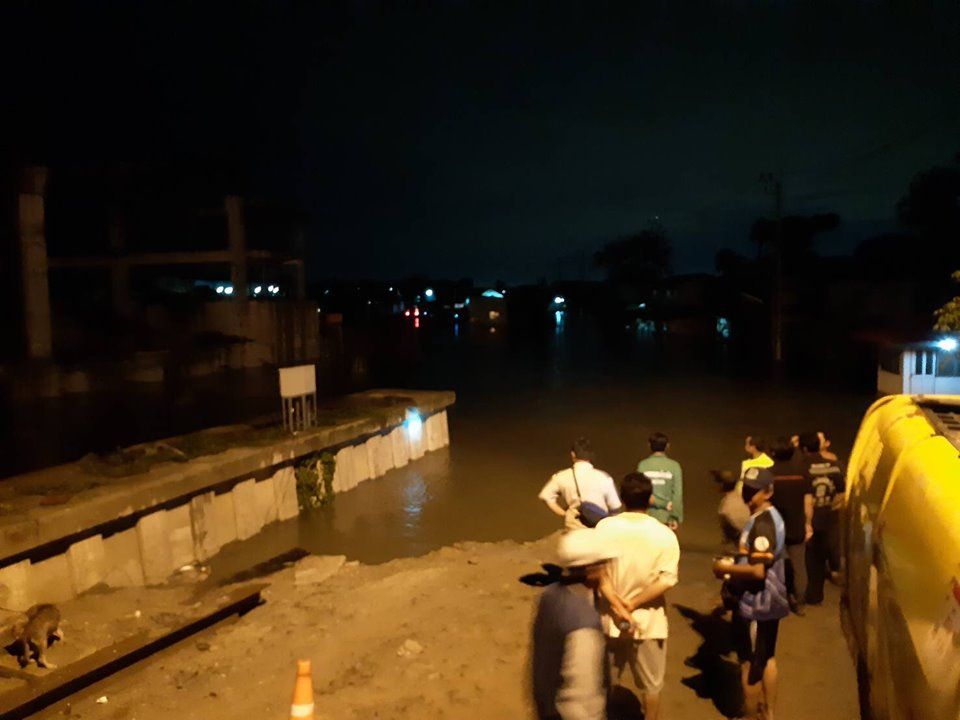 Communities, especially housing developments for Department of Irrigation officers along the dike, are now flooded with water 100 centimetres to 1 metre deep.

Disaster prevention and mitigation officers are rushing to the area.

Residents are being told to evacuated immediately and public rescue boats are assisting.

Samut Prakarn Flood – Update at 23.20pm: Samut Prakarn governor, Chatchai Uthaipan, has told Thai PBS that the water inundation did not result from the collapse of a dike, but a surge of sea water that leaked through a construction site at a pumping station.

He said that the situation is now under control and the water has receded to less than 60 centimetres.

Mr. Chatchai confirmed that the area is now safe and residents are returning to their homes. 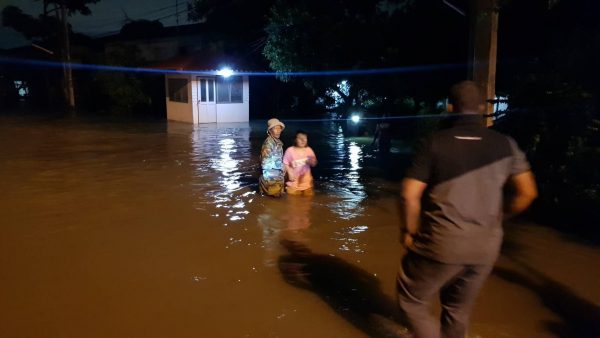 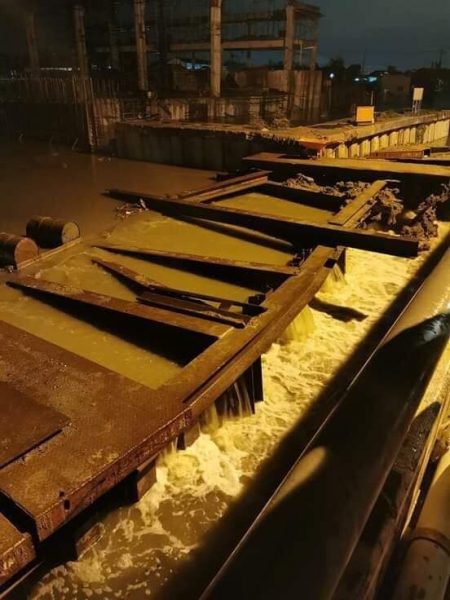 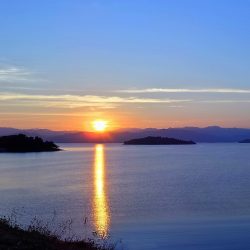 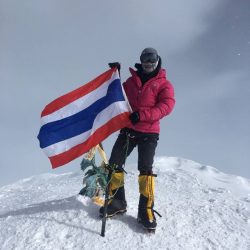