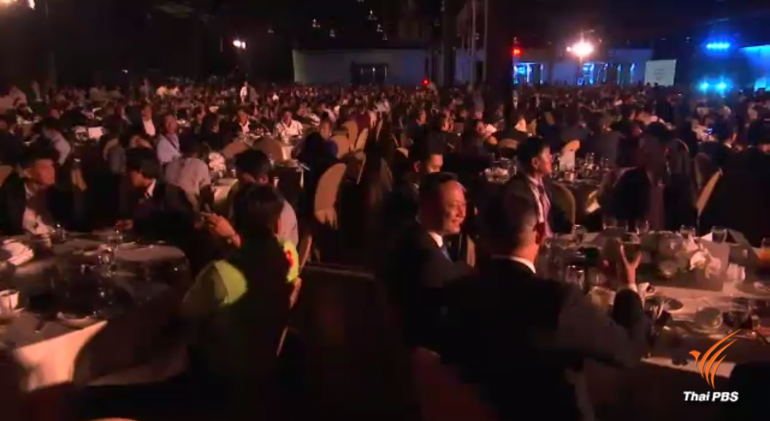 A fallout from the pro-government Palang Pracharat’s fund-raising banquet on Wednesday night has caused uneasiness for Bangkok Metropolitan Administration (BMA) and the Tourism Authority of Thailand (TAT), two of the government agencies reported to have financially supported the event.

They both issued denials that they had anything to do with the function which has put the newly-established political party in the spotlight.

The trouble stemmed from the small signs bearing acronyms similar to those used by BMA and TAT on the dinner tables. The price tag for each table was set at three million baht.

In a statement issued today, TAT insisted that it did not make any donations to the Palang Pracharat party as a state agency it is legally forbidden to do so.

Bangkok Governor Aswin Kwanmuang told the media that he was unaware of the sign bearing the city administration’s acronym on the ten dinner tables until after the event was over.

He denied that the BMA had made any donations to the Palang Pracharat party saying that such practice would be against the law.

Democrat party leader Abhisit Vejjajiva, meanwhile, said both governmental units and state enterprises were prohibited under the political parties law to give donations to political parties.

As far as the Democrat party is concerned, he said he had instructed all party members to exercise caution and to refrain from holding fund-raising events, but would rely on public donations only. 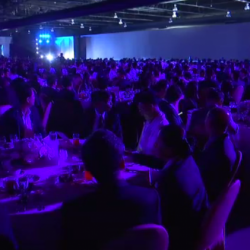 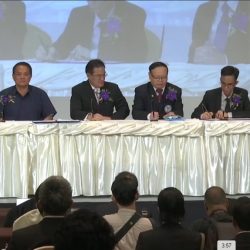