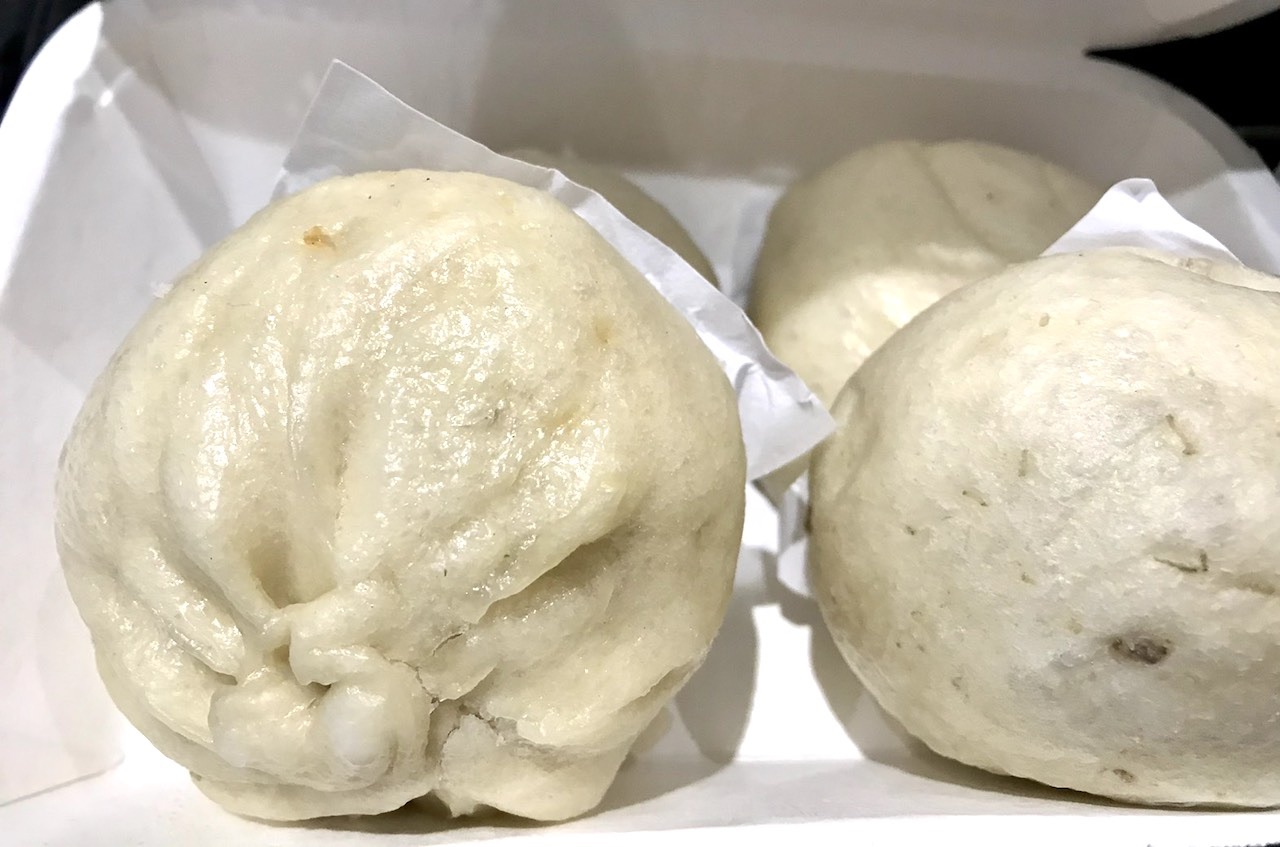 Art is blossoming around the Ratchawong Pier area with the opening of new galleries, pubs and cafés in beautifully renovated commercial buildings dating back to the reign of King Rama V on Songwat Road. The culinary arts are thriving too and the jewel in the crown is Gu Long Bao, a steamed bun shop that has been titillating the taste buds for more than 100 years.

If cooking is a genre of art, Gu Long Bao undoubtedly deserves its place. The making of the buns is nothing short of a handicraft in its own right. The culinary know-how of this ‘ancient’ bun has been passed down through four generations of Taechew immigrants who settled in the Ratchawong pier area of Bangkok. About a thousand buns are made each day in a tiny shop tucked away in Trok Chaiyapum (trok means a very small street).

“Yes, the recipe is inherited from my ancestors and it is over 100 years old now. I’ve done this for more than 50 years,” says Wichian Sukkamolsantiporn, his hands busy expertly shaping bun after bun.

Wichien or Ar Goo (uncle) Seng as he is affectionately called by people in the community makes fresh steamed buns (salapao in Thai) every day in the shophouse he has lived in all his life. At his side is his assistant, another bun expert who’s been working alongside with him for 17 years. His job is to divide the dough and his calmness and speed amaze onlookers, as does his ability to divide the dough into equal portions without a scale, just by feel.

This is an art that technology cannot hope to match. Each yummy Gu Long Bao is completely hand-crafted using the recipe and method of Teochew or Chiu Chow cuisine. The majority of steamed buns in the market in Thailand and the rest in Southeast Asia are Cantonese style and most of them are puffy.

Teochew-style buns are different in texture, look and taste. The recipe calls for steamed yam, a special ingredient added to the flour that gives buns a chewier yet tender texture. The bun is also unique with its yellowish colour derived from the colour of the steamed yam.

“One big difference is that the flour doesn’t stick in your teeth or to your gums,” grins Ar Goo Seng.

The process requires meticulous handwork at almost every step, starting from mixing and kneading the dough, dividing it into small buns, placing the filling and shaping the bun. Each bun is then placed on a paper sheet in a tray above the century-old steamer. The steaming is still done over fire wood, which adds a pleasantly light woody aroma.

Gu Long Bao offers three fillings and a plain bun (Mun Toew in Thai). There’s minced pork mixed with yam bean, onion, garlic and pepper that’s finished with the yolk of a salted egg. The sweet bean filling is seasoned with roasted white sesame for a better texture, while the taro filling is made the same way as 100 years ago.

People learn about Gu Bong Bao through word of mouth. The buns are well-liked by locals including community historian Somchai Kwangtongpanich. The main customers are however from the Chinatown area and include those who order the buns to place on the shrines of Chinese Gods.

Over a year ago, Apinut Piriyakunwong or Nut, one of the grandchildren of the family, gave the “ancient” buns a facelift with the launch of the brand name Gu Long Bao – Chinese for “ancient buns” –and a new logo. He also introduced a smaller size of bun about 5-cm in diameter and offers them in sets of four, 8 or 12 buns with mixed fillings. The smallest set of four buns is priced at 50 baht while the normal big size (about 7 cm diameter) goes for 20 baht a pop.

The buns are also more accessible too thanks to modern trade sale channels. Customers can now order the buns online channels through Facebook and LINE.

If you go:
You can either take the MRT and get off at Wat Mangkorn station and walk or you can travel on a Chao Phraya Tourist Boat from Taksin BTS station to Ratchawong Pier. Fare can be paid by a Rabbit card – same card as BTS skytrain. 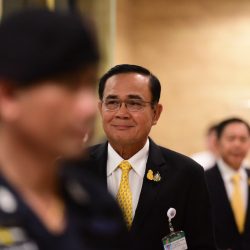 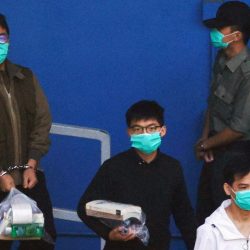