Biryani has always been a long staple in Bangkok. Used to be called “Khao Buri” after the early local pronunciation of the term, a real Biryani is fluffy, light, and aromatic from spices and saffron. The real one can still be found at one of the oldest Muslim establishments in Bangkok of Haroom Mosque. 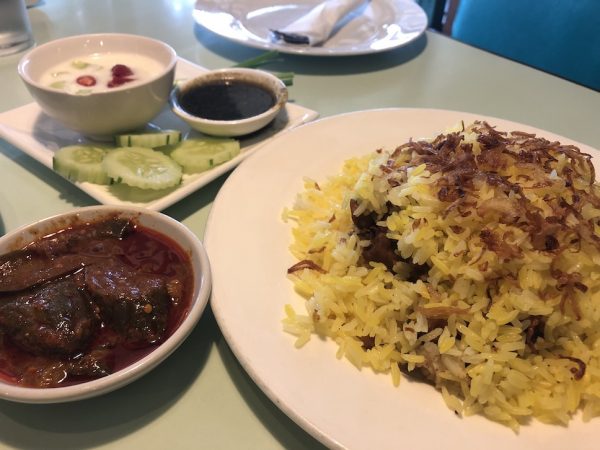 It started out, like many other things in life, as a happy co-incidence. A friend of mine, a self-proclaimed food lover, said she was doing a story, an exclusive one, about Khao Buri (literal translation = cigarette rice). She said it is a secret family recipe of a Muslim descendant whose name cannot be revealed. But that was supposed to be a super old, super rare recipe any foodie will cry out in excitement.

Little I knew then, that Khao Buri was, in fact, the early local pronunciation of Biryani, or Khao Mok. Try say ‘Biryani’ and ‘Buri,’ and you might see how it went about that direction. Thai pronunciations of foreign words sometimes localised the terms so smooth that we could not trace back to the origins. Khao Buri, which gives a total different meaning, based from the real meaning of the derived word, is such a great example.

It was not until I was researching for this story that I found out that Khao Buri is in fact a reference to this Muslim staple dish of Biryani. Biryani is not a stranger in Thailand. Throughout the country, we have an option of Biryani as a quick meal almost everywhere. I, for one, grew up eating a lot of versions. The yellow rice was sometimes dry, sometimes oily, sometimes without any spice aromas, sometimes with loads of them. But most of the time, a Biryani in Thailand which is cooked with chicken, and by a standard will be accompanied by a dipping sauce called ‘Ajard’ – a light, sweet and sour mint sauce. And the rest, at least for me, was the same.

But then, in Bangkok’s Charoen Krung area not too far from what was once the Customs House was also an old Muslim community called Haroon Mosque Community. This river-lining community harks back since the era of King Rama III. This is perhaps one of the earliest Muslim establishments in town. Walking around this area today, and you will feel it. The multi-cultural nature of it all. 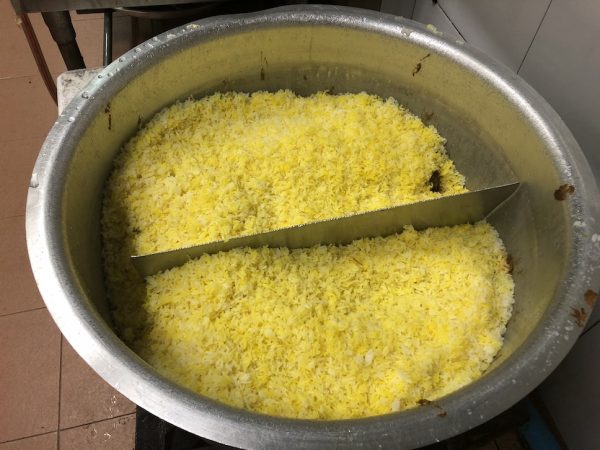 The Haroon Mosque Community is a small one, with wooden houses linked together by narrow walkways. Houses are built in tight areas; television from one house can easily be overheard in another. Now that Bangkok is sprawling out, to see this close-knitted community like the ones so ubiquitous in the old days is a unique experience onto itself.

It is here at this Haroon Mosque community that I tried a Biryani unlike any other I had before. A long-standing Muslim restaurant here serves a Biryani that not just light and fluffy, but also so aromatic with spices and saffron. It is here that I learnt that a good Biryani does not have to be oily. It is the way they cook the rice along the meat that makes everything different.

In this video, we also explored the side dishes of a Biryani. Watch and learn, and hope you enjoy the multi-cultural facets of Bangkok like we do. 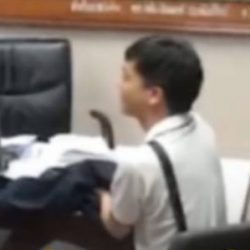 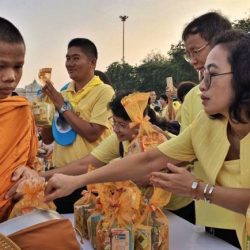