Bhumjaithai leader says party has no problem with government

Thailand’s Public Health Minister Anutin Charnvirakul insists that his Bhumjaithai party’s relationship with the government remains good and problem-free, despite their differences over the extension of the concession contract for the operation of the BTS Skytrain, or the Green Line.

Speaking on the Thai PBS “Moom Karnmuang” (Political Corner) program aired this morning (Thursday), Anutin, who is also leader of the Bhumjaithai party, said that it is normal for people working together to have different opinions, which has nothing to do with their underlying relationship.

He explained that the party’s opposition to the Interior Ministry’s proposal, to allow BTS Group Holdings, operator of the Green Line, to carry on operating the line for another 30 years with fares capped at 65 baht for the entire route, is intended to protect the public interest.

He explained that seven Bhumjaithai ministers, including himself, did not attend the cabinet meeting on Tuesday because he didn’t want to get involved in an argument with the other ministers.

He said, however, that the party has already submitted eight letters, through the secretary-general of the cabinet, explaining its position on the matter and its observations about the Interior Ministry’s proposal.

Asked whether the seven Bhumjaithai ministers will attend the cabinet meeting next week, Anutin said that, if there is a positive response which is in full compliance with the laws related to the matter, as required by the party, he and the other ministers from his party will attend.

He also clarified that his absence from APEC preparations meetings had nothing to do with the Green Line issue because he was engaged in meetings with the National Drug Committee.

Regarding his encounters with Thammanat Prompao, sacked secretary-general of Palang Pracharath party, in parliament two days in a row, the Bhumjaithai party leader said that they were just normal encounters for a chit chat, as both of them have known each other for more than 20 years.

He added, however, that any call on whether the two of them could work together would have to wait until after the next general election.

Like other parties, he said that the Bhumjaithai party is ready for the next election and is now working on the party’s policies, which will be made public before the election.

The highlight of Bhumjaithai’s campaign ahead of the 2019 general election was legalisation of marijuana for medical, research and industrial purposes. Anutin signed a ministerial announcement of this legalisation earlier this week, pending a royal gazette announcement and for the order to become effective four months afterwards.

Bhumjaithai is the second biggest government coalition party after Palang Pracharath. Its bigger size since the election is attributed to defections to his party especially after the dissolution of the Future Forward Party. 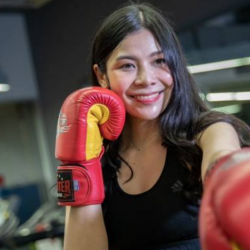