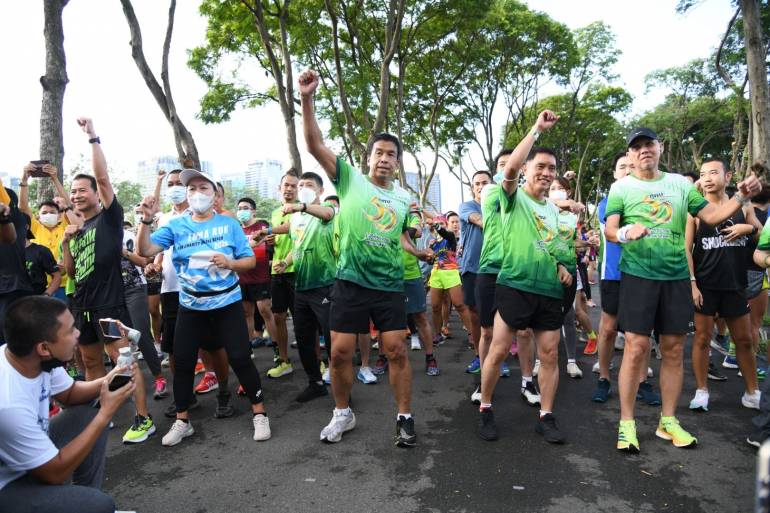 Due to the positive public response to the Bangkok Metropolitan Administration’s (BMA) plan to plant one million trees over four years, the target may be increased to two million trees, Bangkok Governor Chadchart Sittipunt said today (Sunday).

After designating Sundays as tree planting days in Bangkok, the governor said he is pleased that about 1.3 million trees have already been offered by the people of Bangkok, adding that he might increase the target to two million.

He said that members of the public interested in joining this project can register via the BMA mobile app and, while they don’t have worry about where the trees will be planted, they should get involved in tending to the trees and should not just rely on the BMA to do it.

The BMA will find spaces in which the trees can be planted, which may be a mini park, said the governor, adding that the most ideal locations would within walking distance of home, because travelling to big parks by people who live far away may take time and be expensive, due to rising fuel prices.

Google to delete location history of visits to abortion clinics