Australian-based mining company, Kingsgate Consolidate Limited, is hoping that it will be able to hold talks with Thailand’s new industry minister, once appointed, to settle its long running conflict with the Thai government over the closure of its goldmine, known as Chatree goldmine, which straddles Phichit, Phetchabun and Phitsanuloke provinces.

Kingsgate is demanding about US$750 million in compensation from the Thai government for damages caused by, what it claimed, was the unlawful closure of the mine operated by its Thai subsidiary, Akra Resources Company, in January 2017. The closure followed complaints of harmful effects from the mining operations experienced by people living in the vicinity of the mine.

The case is now pending with an arbitration committee, in accordance with the Thai-Australian Free Trade Agreement.

Akra Resources executive Mr. Siroj Prasertphon said that the company is waiting to see who will be the new industry minister, adding that the company hopes it can find a solution to the conflict which is acceptable to both parties. Meanwhile, the arbitration proceedings remain inconclusive.

He said the talks should involve the issue of compensation for the wrongful closure of the goldmine and an assurance from the government that the mine will not be closed again, without credible scientific proof that the mining operations are a threat to the environment and people.

Informed mining sources said gold deposits in the Chatree mine were estimated at 162 million ounces, as well as 28.4 million ounces of silver. 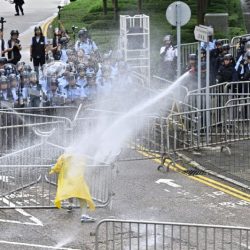 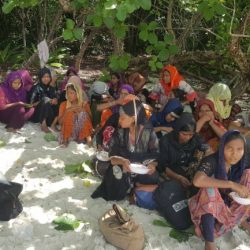