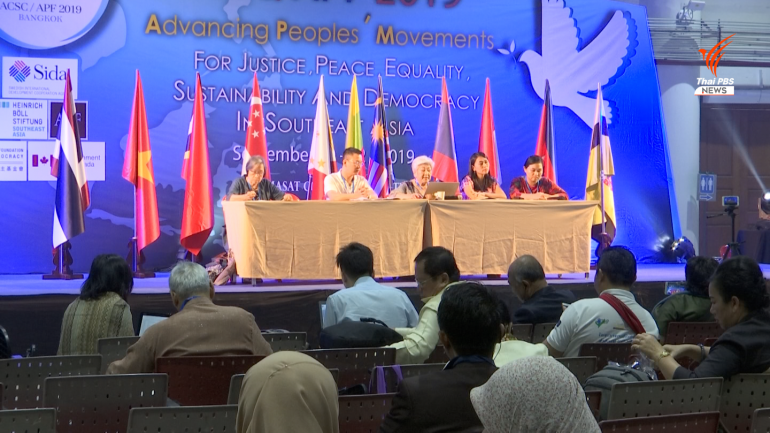 ASEAN civil society organizations kicked off their three-day meeting, being held in parallel with the ASEAN economic ministers’ meet in Bangkok at Thammasat University’s Rangsit campus, today (Tuesday) with a boycott in protest at the requirement, by Thailand’s Ministry of Social Development and Human Security and the Thai security agency, for them to submit their list of participants for screening.

The ASEAN Civil Society Conference/ASEAN People’s Forum 2019, on the theme of “Advancing People’s Movement” was originally scheduled to take place at a hotel in the Pratunam area, but the civil society groups refused to use the venue, and opted for Thammasat University instead, after they were told to submit their list of about 1,000 participants from ASEAN countries for screening, supposedly for security reasons.

Two organizers of the people sector’s conference, Mrs. Sunthree Hatthee Sengking and Mrs. Chalida Thacharoensak, said they were disappointed with the attitude of Thailand’s Ministry of Social Development and Human Security.

They said that the requirement for their groups to submit the list of participants for screening amounted to a restriction of their right to hold meetings independently and have demanded a probe into the ministry’s spending of about nine million baht to hold the parallel meeting for ASEAN civil society groups at the Pratunam hotel.

The three-days of meetings are due to focus on a variety of issues, including human rights, democracy, access to justice, trade, investment, the power of the business sector, peace, security, migration, human trafficking, refugees, ecological sustainability, innovations, technology and digital rights.

During a discussion on the topic of “Challenges and Responses of ASEAN towards Peace, Equality, Sustainability and Democracy”, Singaporean activist Shui Meng Ng, who represents families of enforced disappearance cases, spoke about her Laotian husband, Sombath Somporn, a Magsaysay awardee who went missing without a trace in 2012 in the Lao PDR.

She said that footage from a security camera showed her husband next to a police booth, which was the last time he was seen, and Laotian authorities could not find out where he had gone and who was responsible for his disappearance.

“This is a serious crime and the reveals the cowardice of the powerful in society, who do not have the courage to take legal action against those who think differently but chose to resort to unlawful means such as extrajudicial killings,” said Mrs. Shui Meng Ng. 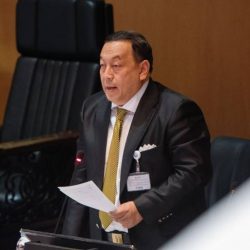