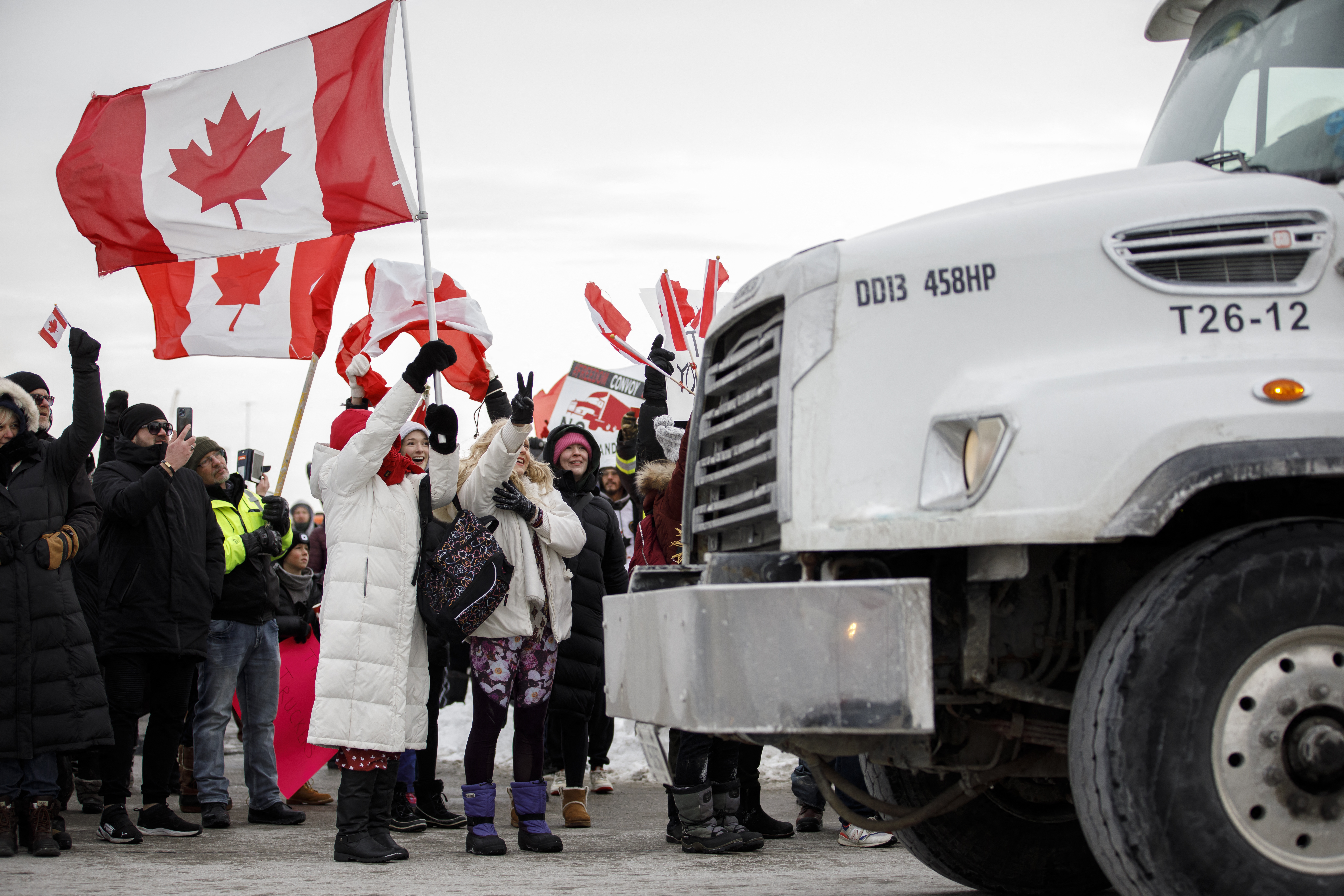 Supporters for a convoy of truckers driving from British Columbia to Ottawa in protest of a Covid-19 vaccine mandate for cross-border truckers, gather near a highway overpass outside of Toronto, Ontario, Canada, on January 27, 2022. – A convoy of truckers started off from Vancouver on January 23, 2022 on its way to protest against the mandate in the capital city of Ottawa. (Photo by Cole Burston / AFP)

OTTAWA (Reuters) – Canadian truck drivers determined to shut down central Ottawa over a federal government vaccine mandate rolled across the country toward the capital on Thursday, boosted by praise from Tesla Chief Executive Elon Musk.

Industry officials say 90% of drivers traversing the U.S. frontier are inoculated but a minority have refused, saying the mandate contravenes personal freedom.

“Canadian truckers rule,” tweeted Musk, who in September 2020 said he would not get vaccinated for COVID-19 on the grounds he and his family were not at risk. In November 2020 he said he most likely had a mild case.

Hundreds of truckers, converging on Ottawa from several directions, are due to arrive on Friday and aim to park their rigs on Parliament Hill, paralyzing downtown traffic.

Organizers insist the demonstration will be peaceful. Some protesters, however, have talked about blocking hospitals, assaulting Trudeau and even a coming civil war.

“We are aware of inappropriate and threatening language on social media related to this event,” the Ottawa police force tweeted on Thursday. “There will be consequences for persons engaging in criminal conduct (and) violence.”

The more extreme comments pose a challenge for the official opposition Conservative Party. Senior party members are praising the truckers, and say the mandate will hit food supplies and spark inflation.

“You’re bound to have a number who say unacceptable things … but that doesn’t mean we disparage the thousands of hardworking, law-abiding, and peaceful truckers, who quite frankly, have kept all of you alive for the last two years,” legislator Pierre Poilievre told reporters.

Trudeau on Monday accused conservative politicians of stoking fear over the mandate. 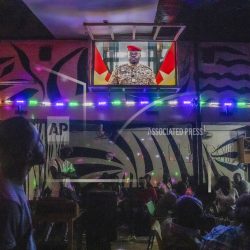 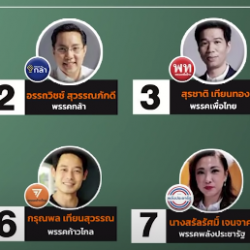