A motorist rides a scooter along a flooded road after heavy rain in Bangkok on March 9, 2021. Jack TAYLOR / AFP

People living in Thailand’s eastern, lower central, and upper southern regions are advised to brace for heavy rain next Friday and Saturday when an atmospheric depression is expected to make landfall near Vietnam’s Ho Chi Minh City next Thursday.

According to Team Group, who are water resource experts, a low-pressure system is forming over the western part of the Philippines and is likely to develop into a depression, probably to be named Malou, which may be the 20th storm in this part of the world this year.

Team Group said, via the Facebook page of Chawalit Chantararat, CEO of Consulting Engineering and Management, that it is closely monitoring the low-pressure system.

Moderate rain is forecast for the north-eastern, lower central, and southern regions. 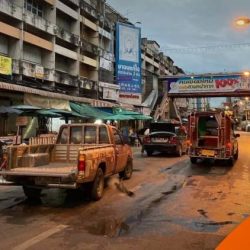 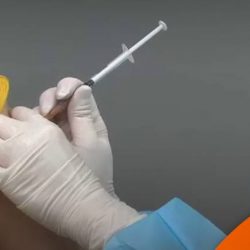 500,000 doses of vaccines to be sent to southern Thai provinces as COVID-19 infections surge