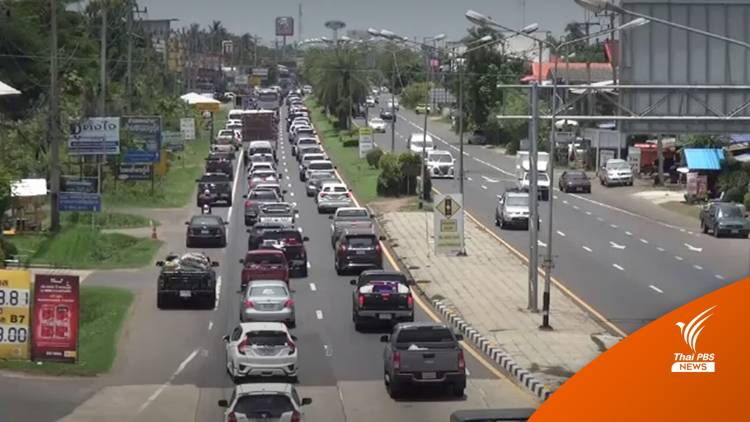 The exodus of people living or working in Bangkok, returning to their home provinces in Thailand’s north and north-east to celebrate the Songkran festival, began this evening (Friday).

Long, slow moving queues of traffic were reported on the Friendship Highway in Pak Chong district of Nakhon Ratchasima. Police have blocked about 35 U-Turns on the road, which is a gateway to north-eastern provinces, to facilitate outbound traffic flow.

Police have set up a command centre to prevent and reduce road accidents during the long Songkran holiday next week and have mobilised as many as 80,000 police officers and volunteers, who will take turns to work throughout the festive period to ensure public safety.

Deputy National Police Chief Pol Gen Damrongsak Kittipraphat said that members of the public are encouraged to join the effort by reporting road accidents or traffic violations to the police.

Meanwhile, Bangkok’s Suvarnabhumi international airport has advised outbound passengers to arrive at the airport at least 2-3 hours before departure, in anticipation of a sharp increase in passengers.

The airport’s Director Kittipong Kittikachorn said today that he expects an average of 55,000 domestic and international passengers a day, or 550,000 passengers between tomorrow and April 18th. 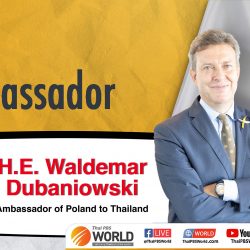 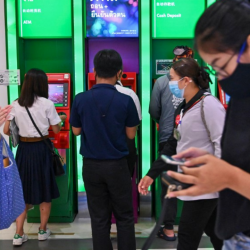