Thanathorn Juangroongruangkit’s media share ownership case has been scrutinised by both supporters and sceptics alike on the social media, but the people who will truly determine his fate sit in the Election Commission, whose final decision is expected soon after he submitted all defense evidence on Tuesday.

Obviously, he will welcome an escape, narrow or else. If he is penalised, the manner in which penalties are imposed or rulings handed down can greatly affect him and Thailand’s political developments.

Here are possible scenarios the Future Forward Party leader is facing and how he would rate them:

The best one: The Election Commission, after looking at evidence presented by his defense and comparing it to the one provided by his accusers, dismisses all charges against Thanathorn. This will pave the way for Parliament to welcome its new star, which can even shine more brightly if his camp — the Pheu Thai alliance — manages to form a government.

The good one: The Election Commission rules that the evidence does not necessarily mean he registered his electoral candidacy “after” his share transfer took effect, but let him off the hook anyway on grounds of honest oversight, or on grounds that V-Luck Media Company was a financially troubled firm whose activities could not influence political developments. He might be able to maintain his MP status. Just might.

The tolerable one: The “honest oversight” is penalised with Thanathorn losing his MP status. But he is allowed political activities and can likely be a candidate — constituency or party list — in the next election. In fact, this is not so bad politically. If anything, he would become a political martyr and his popularity may even increase.

The bad one: The Election Commission does not see it as an honest oversight and it rejects his evidence outright. The EC states that March 21, the day the authorities were informed of the share transfer, was the day the transaction took effect. As a result, Thanathorn was disqualified as an election candidate and thus as an MP. The EC decision that it was not an oversight makes the question of penalties more flexible. If he is deemed to knowingly apply for electoral candidacy despite incomplete qualifications, he can be in big trouble.

In short, this scenario has the EC reject his evidence, disqualify him and impose a long electoral ban.

The really bad one: The EC does not only reject the evidence as having no legal binding, but the panel also questions its authenticity. Thanathorn is subsequently disqualified and faces criminal action. The political ban is long, but it can be the least he has to worry about. Political repercussions depend on how strong accusers’ evidence is.

The extremely bad one: Thanathorn is not only disqualified by the EC, which additionally set him up for criminal action, but the legal process is also extended to cover his party or his mother, who “received” the transferred shares, and witnesses who signed their names on the transfer document. Legal charges they face may even carry jail terms. – By ThaiPBS World’s Political News Desk 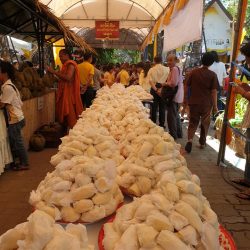 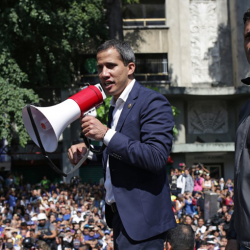