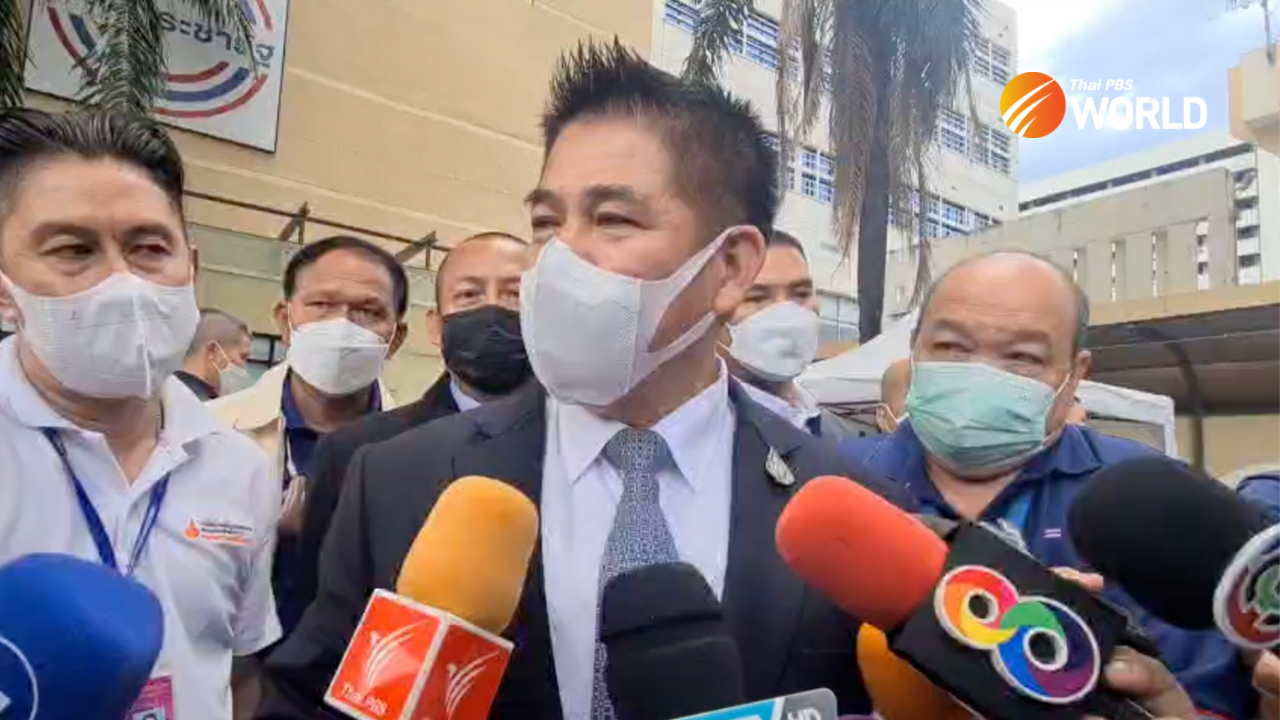 Thammanat Prompow talked to the reporters at the government house about the conflicts in the Palang Pracharath Party on November 2, 2021.

A bitter conflict with Prime Minister Prayut Chan-o-cha has resulted in Thammanat Prompao’s ouster from the Cabinet and civil war breaking out between rival factions in the ruling Palang Pracharath Party.

However, analysts say this is probably just the first round of a lengthy battle between two men who are equally essential to Palang Pracharath’s fortunes at the next election.

Prayut sacked Thammanat from his post of deputy agriculture minister in early September following rumors he was behind a plot to unseat the PM. Thammanat then threatened to pull out of the party but instead managed to retain his powerful seat as Palang Pracharath secretary-general.

Last month, six party executives in Prayut’s Cabinet tendered their resignations ahead of the party’s Oct 28 general meeting. This was seen as a move to force changes in the executive board’s line-up that would oust Thammanat as party secretary-general.

Moves were also made to weaken Thammanat’s standing in the ruling party. Pirapan Salirathavibhaga, a PM adviser and newly appointed adviser to Palang Pracharath leader Prawit Wongsuwan, reportedly proposed a restructuring plan at the Oct 28 general meeting. The proposal aimed to give more power to regional deputy leaders and was viewed as a bid to decentralize authority held by the party’s secretary-general.

Thammanat also ruffled feathers in the party by ordering a poll to check the popularity of Palang Pracharath MPs in the South.

Yet despite the apparent rebellion, Thammanat retained his powerful party seat – thanks mainly to the unwavering support of Prawit.

Observers say Prawit is well aware that the ruling party needs both Prayut and Thammanat if it wants to win the next election, which is expected to be held in the second half of next year.

Gen Prayut, who is neither party member nor an executive, was Palang Pracharath’s sole PM candidate in the 2019 general election. He is expected to be nominated again, though it remains unclear if he will be the only candidate again.

Meanwhile, Palang Pracharath sources say Prawit has responded to Thammanat’s critics in the party by asking: “Who do you think can replace him?”.

Prawit also threatened to step down if the dispute continues.

The critics reminded Prawit that if Thammanat stays as secretary-general, Prayut would likely leave to set up his own party.

“If that happens, I will quit politics for good,” was Prawit’s angry response, according to the sources.

Though the Palang Pracharath leader has backed Prayut as PM candidate, he remains a staunch supporter of Thammanat, whom he views as key to an election victory, analysts say.

Gen Prawit, 76, has ruled himself out as a PM candidate, citing health issues. “The party leader already finds it difficult to walk,” he said when asked why the party was nominating Prayut yet again.

November 4, 2021 Prime Minister Prayut Chan-o-cha has made clear that his government will not amend the country’s controversial lèse majesté law, as is being demanded by some opposition parties and anti-establishment groups.

When compared to his Prayut-backed party rivals, Thammanat is better connected “both on the ground and underground” – or not just political and business groups, but also civil society, said Thanaporn Sriyakul, president of Kasetsart University’s Political Science Association.

“He achieves tasks that his rivals can’t or won’t do,” the academic told a political talk show on Oct 31.

Wanwichit Boonprong, a political scientist at Rangsit University, agrees that Thammanat is indispensable to the ruling party.

“Thammanat cannot be replaced [as party secretary-general]. He takes very good care of his party members.

“He is like a good housewife, who ensures the refrigerator is always full, while other housewives regularly raid the fridge for free treats,” Wanwichit said.

He added that Thammanat was essential for the ruling party’s strategy to win the next election, especially now that its main rival – the opposition Pheu Thai Party – has appointed former PM Thaksin Shinawatra’s daughter, Paetongtarn, as chief advisor for participation and innovation.

Appointing the young Shinawatra is seen as a bid to woo young supporters and will likely intensify the battle between the two large parties.

Wanchiwit added that if Thammanat were to depart, the ruling party would be at a serious disadvantage to Pheu Thai, especially in the northern province of Phayao, where he won an MP seat in the 2019 election.

Analysts say the conflict between Prayut and Thammanat is likely to continue until this government completes its term or there is a “major development” in Thai politics. But they add that Prayut will suffer further damage if he continues his feud with the ruling party’s secretary-general.

“Both Prayut and Thammanat are badly bruised. But the more Prayut goes after Thammanat, the stronger Thammanat will get,” said Wanwichit, explaining, “it looks like a senior is bullying a junior.”

He added that despite Prayut’s repeated attempts, he will not be able to oust Thammanat from his party seat, as party members find the latter’s personality more pleasing and accessible.

In the last parliamentary session, House meetings were often adjourned because not enough government MPs turned up to form a quorum. The Prayut-led administration may land itself in an embarrassing situation if a key government-proposed bill ends up being rejected due to such no-shows.

“The focus now will be on Thammanat’s faction and whether it will create any turmoil [in Parliament]. If they do, Prayut will definitely hit back again,” Wanwichit said.

Pheu Thai Party MP for Chiang Rai, Pichet Chuamuangphan, was ordered by House Speaker Chuan Leekpai to clean the floor of the parliament chamber today (Thursday). He had thrown rice on the floor to protest Prime Minister Prayut Chan-o-cha and Commerce Minister Jurin Laksanawisit’s unavailability to respond to his question about low rice prices. 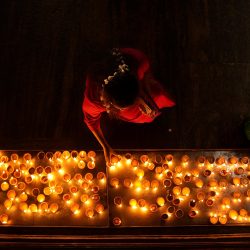