A major insurance company struggling with massive losses over COVID-19 compensations clarified today (Thursday) that it is still operating as usual, amid widespread concern among its clients, but insisted that its recent decision to voluntarily cease trading and return its license is the best option under which all the insured will get their entitlements.

Southeast Insurance Company’s clarification letter was issued after Thailand’s Office of the Insurance Commission (OIC) said that the company is not yet legally dissolved, as it needs to obtain a permission first and meet various conditions.

The company said that its capital adequacy ratio is 170%, which is above the required limit, and it has sufficient liquidity to pay compensation and reimburse all the insured and their beneficiaries, its own staff and its business allies.

The company said that, in the past six months, it has been trying to resolve the financial problems by various means, problems which stem from the company’s “Found, Paid, Done” insurance policies related to COVID-19 infections, but it has not received the help which would enable the company to carry on doing business. Hence, the company decided to raise the problem with the OIC.

At the end of the letter, the company pledged to do its utmost to find the best solution for its customers, trading partners, business allies and staff to minimise any impacts to them.

Southeast Insurance Company is far from being the only Thai insurance company suffering from massive payouts for COVID-19 infections and had to close down. Today, a group of former employees of the now-defunct “The One Insurance”, which got its operating license revoked, rallied in front of the OIC office to demand their unpaid compensation. 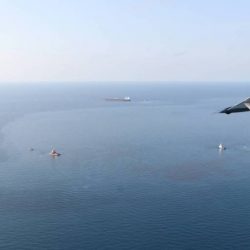