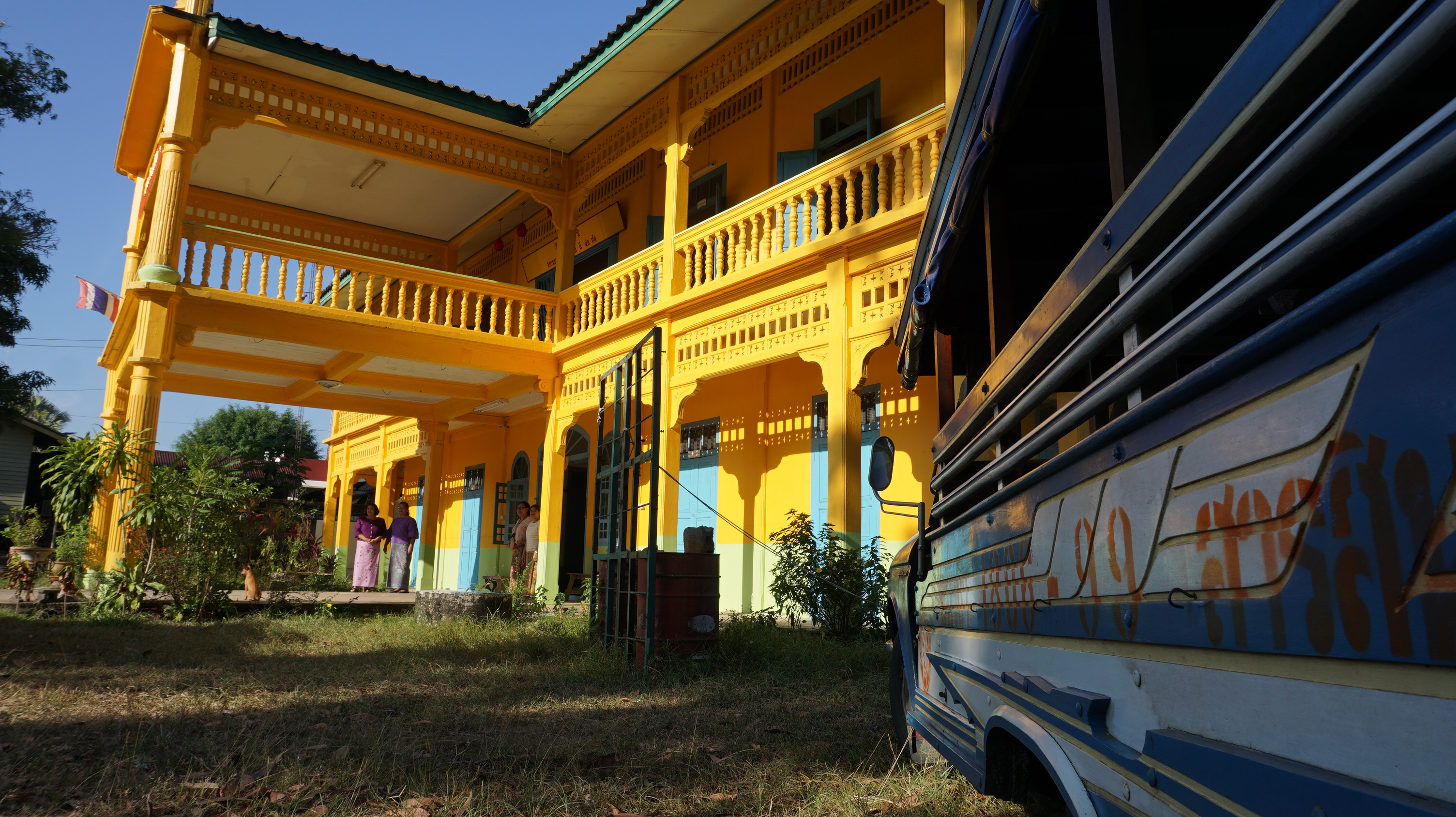 Not far from the well-known beaches of Khao Lak, Takua Pa offers a delightful reminder of bygone days

Takua Pa, 25 kilometres northeast of Khao Lak and some other of Phang Nga’s best beaches, is an ideal stop for the traveller wanting to spend time away from sea, sand and sun. This tiny historic town dubbed “Takola” by ancient traders was an important trading post in the 15th Century when the Arabs and Indians scoured the Malay Peninsula in search of eaglewood, ivory and sappanwood.

Takua Pa has more than its fair share of historical and architectural splendour. Here you will find a charming Chinese quarter, old shophouses, a Buddhist temple, a ruined city wall and traces of the town’s tin mining legacy.

Sri Takua Pa, the main street, has pastel Peranakan shophouses lining both sides as it winds its way to the marketplace. And Muang Takua Pa Municipal Food Market is well worth a stop! Visitors will find themselves drooling over such local delicacies as nutty fish-egg pancakes, chewy balls of “miang lao” and sweet red bean crepes.

Then head to “kopi tiam” as the traditional Hokkien coffee shop is known, and join the local folks for dumplings served in small bamboo baskets washed down with sweet yet bitter traditional coffee.

Takua Pa enjoyed a tin mining boom in the 1960s, and the wealth this generated is evident in the elaborate Chinese-European-style shophouses and mansions. Just walk slowly along the historic lane of Sri Takua Pa to marvel at the beauty of these two-storey buildings with a narrow frontage, a beautiful façade and a sheltered corridor. Takua Pa has undergone appealing makeovers that make it an Instagram-worthy heritage town.

Your stroll complete, hop on a pho thong – Takua Pa’s old-fashioned passenger truck – to see other historical landmarks like the grand building that was once home to Tao Ming Chinese Language School.

“Tao Ming School is probably older than anyone in Takua Pa,” says the 70-year-old driver, who is known among the locals as Ko Leng the “Iron Bread”.

“My mother took her Chinese lessons at this school when she was a kid.”

The school was set up using the “illegal tax” money. Back in the old days when Takua Pa was a thriving trading town, the locals would ask the traders for “tea money” to fund Chinese learning and education. Tao Ming School was built and the Chinese classes did well until World War II when they were banned because the Thailand became paranoid about Chinese secret societies and Communism.

“Tao Ming never reopened because it poses a threat to Democracy,” Ko Leng laments, as he backs out of the courtyard.

Today, with fears of communism put to rest, the school has been dolled up and boasts an attractive mustard-yellow hue. The heritage building is more appealing from the outside, but do peak inside too.

“Hokkien is the major dialect in this quarter of Takua Pa. Teochew and Hainanese are also spoken in the community,” says Ko Leng.

“I’m Hakka,” one woman shouts in excitement. “Are you Hakka, too?” she asks, adding that only a few Hakka people live in Takua Pa and that they are far outnumbered by the Hokkien.

“No, I’m not a Hakka but my girlfriend is,” I tell her. “I think many Hakka were here in Takua Pa, but left town the day Tao Ming School was closed down.”

The Hokkien and Teochew around us don’t get my joke but the Hakka girl laughs out loud.

The Hakka love education. When the Hakka die, they don’t want the Hell Money burnt at their funerals but books to keep them learning in the afterlife. They probably did leave Takua Pa the day after Tao Ming School was closed down in urgent search of a new school.

Our next stop is Khun Intra mansion. This heritage villa, the residence of Takua Pa’s district chief in the 1910s, is worth visiting for the grand and beautiful Chinese-European architecture. Next to the grand mansion is Wat Senanuch Rangsan, a temple built in 1847 during the reign of King Rama III of Siam. The huge white-washed chapel hall is inspired by the original hall of Wat Mahannaparam in Bangkok and home to a beautiful Rattanakosin-style Buddha image.

Takua Pa is an ideal destination for history buffs too.

A short ride from the Wat Senanuch Rangsan are the ruins of the official residence of Takua Pa’s chief. The residence has completely disappeared but some pieces of the gigantic wall still remain. You can stroll around the piles of bricks, and attempt to guess at what lay beyond the walls.

Why, you might wonder, did the chief need such massive walls?

The question is answered on a nearby sign. “The reason for the building of the wall might be because of frequent disorder in the city arising from conflicts over mining among various groups of Chinese. The chief wanted to secure the tax money – safe and sound – behind these walls.” I

IF YOU GO: Takua Pa is about a three-hour drive from Phuket International Airport.

“We grabbed the chance to educate the public about cannabis consumption and other related facts, ” she sa ys . The Narcotics Act of B.E. 2522 that identified cannabis as an illegal substance in 1979 put Thailand behind many nations in term s of research into breeding varieties for health use. 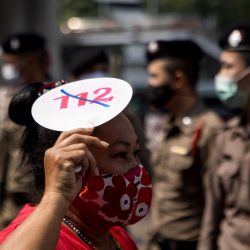 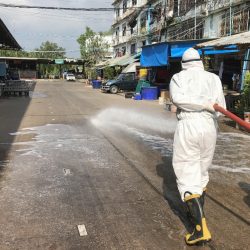