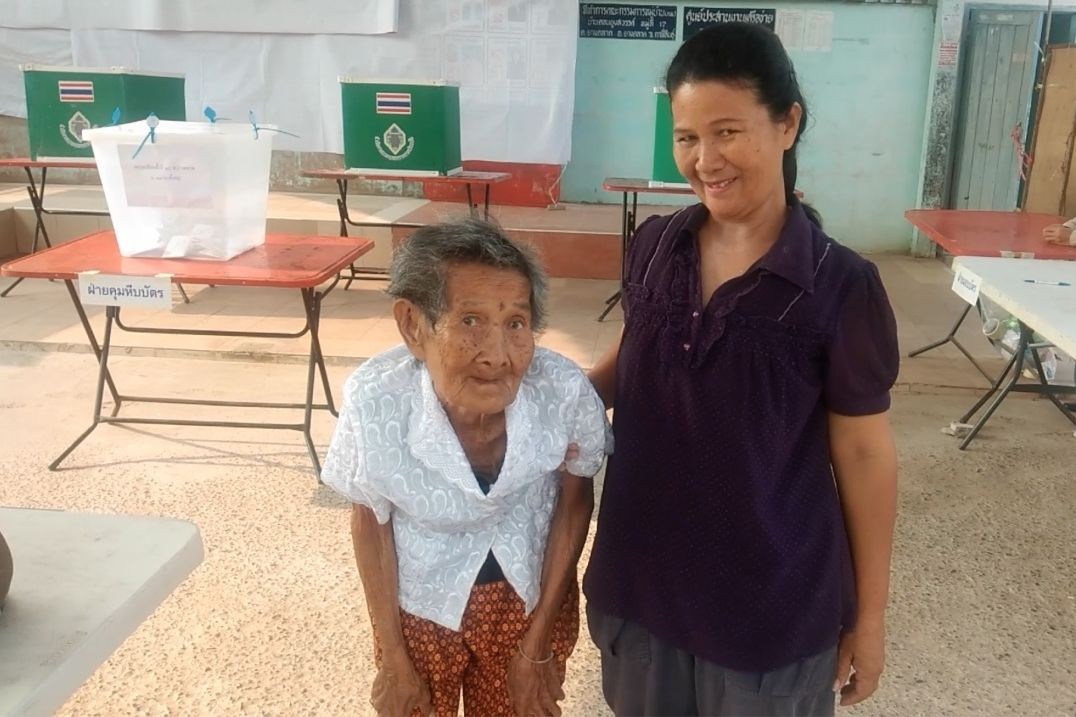 A 96-year-old northeastern woman in Kalasin province is believed to be one of the oldest voters to cast a ballot in today’s general election this morning.

Also in Kalasin province, Governor Kraisorn Kongchalard expressed concern that vote counting this evening could be disrupted by blackouts caused by an approaching summer storm. He said he had ordered district officers and local administrators to have generators on standby.

In the central province of Nakhon Pathom, vice mayor of a Tambon Administration Organization (TAO) and a tambon kamnan inspector were apprehended by police for alleged vote buying on Saturday night.

Police found cash and name lists of voters in their possession.  The kamnan inspector reportedly confessed to buying votes for a candidate. The two suspects are being held in police custody for further questioning.

In the southernmost province of Yala, Prachachart party leader Wan Muhamad Noor Matha complained to the media this morning that some district chief officers had accepted money from some political parties to be distributed to local administrators for vote buying. He claimed that some voters had refused to accept their illegal payments. 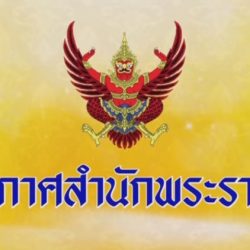 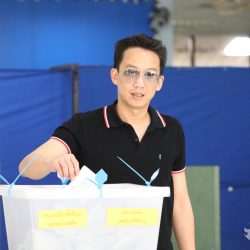 Photo of The day