Five million more doses of the Chinese Sinopharm COVID-19 vaccine will be delivered to Thailand this month, bringing the total to 10 million, with the inoculation of children aged 3-17 being considered.

According to the Chulabhorn Royal Academy (CRA), which is the only non-governmental agency importing vaccines for the Thai public, five million doses of China’s Sinopharm have already been delivered, with the latest lot having arrived on Sunday (August 1st). Three more batches, totaling five million doses, will arrive in mid and late August.

8.9 million doses have already been allocated to private entities, local government organisations, vulnerable members of society, such as the elderly, bedridden patients, priests, those in crowded communities and others without access to vaccines, as well as other members of the public.

The CRA is also considering an expansion of its inoculation program to include children aged 3 to 17, following China’s approval of the use of inactivated virus vaccines in the young in June. The United Arab Emirates yesterday (Monday) also approved of the use of Sinopharm in children.

Sinopharm is Thailand’s first and currently only paid alternative vaccine. The second one will be the US-made Moderna, 5 million doses of which have been ordered by private hospitals, through the Government Pharmaceutical Organization (GPO), with deliveries late this year and early next year. 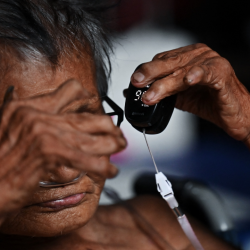 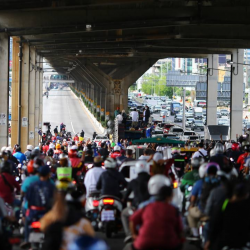